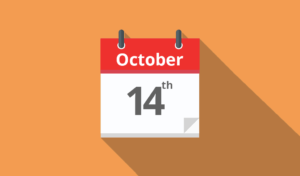 The UK's Financial Conduct Authority has confirmed that there is no regulatory barrier to pension scheme trustees issuing an ‘expression of wish’ to asset managers regarding voting preferences for pooled funds, and no breach of fund rules if this is acted upon. Speaking at the Pensions and Lifetime Savings Association annual conference, Sarah Pritchard, Executive Director for Markets at the FCA said that the regulator agreed with the conclusions of the government-established Taskforce on Pension Scheme Voting Implementation on the regulatory feasibility of voting in pooled funds. “The pensions industry has an important role to play in active stewardship on climate change and other ESG matters”, Pritchard said, adding that the FCA wanted asset owners to engage more in stewardship activities. She also said that the FCA will “soon” be publishing a refreshed ESG strategy, and is “alive to the risks of greenwashing”.

Less than a fifth (17%) of signatories to the Principles for Responsible Banking have set at least one “robust target in an area of significant impact”, the UN-backed initiative has revealed in its first progress report since it launched in 2019.  The Collective Progress Report, published today, is based on the self assessment of 203 member banks, representing 35% of global banking assets ($54.4trn). Of the targets that have been set so far by banks, most have been focused on climate change and financial inclusion. The report also found that only 15% of banks identified biodiversity as an area of significant impact.

Only 14% of shareholders supported a climate proposal filed at Commonwealth Bank of Australia (CBA), calling on the financial group to disclose how it plans to wind down its exposure to fossil fuels in line with a Net Zero 2050 scenario. BlackRock was among those that opposed the resolution, describing it as “overly prescriptive” in a voting bulletin. The investment giant also pointed to the CBA’s TCFD-aligned reporting and Net Zero 2050 commitment as indications that the bank is committed to tackling climate risks.

The CEO of UK bank Standard Chartered, Bill Winters has said that it is impractical for banks to just stop financing fossil fuels. “We can’t have simple edicts like: No more fossil fuels. It’s just not practical,” Winters said in an interview this week with Bloomberg Television. “We’re going to be dependent on fossil fuels for the next 15 or 20 years, unless there’s some miraculous technology breakthrough,” he added. According to the most recent Banking on Climate Chaos report, Standard Chartered financed fossil fuels to the tune of $31bn between 2016-2020.

Only 11% of companies have met their emissions reduction targets over the past five years, with just 9% fully measuring scope 1, 2 and 3 emissions, according to a new report by Boston Consulting Group. The report, which looks at the use of AI to measure emissions, found that companies estimated an average error rate in emissions measurement of as much as 40%, with access to data and budgetary constraints among the most common issues. Despite the issues with measurement and action, 96% of companies have set a target for at least one emissions scope, and 85% reported concern about reducing their emissions.

The size of the UK’s social investment market has increased almost eight-fold to £6.4bn in 2020 since 2011, according to research by Big Society Capital. The UK-based social impact investor found that social property funds account for the largest portion of the market (45%), followed by social lending (43%).