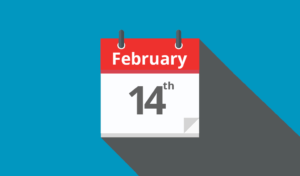 The proportion of assets in sustainable funds in Germany remains lower than both the EU average and the figure in many European countries, according to figures released by German fund association the BVI. Just a quarter of the assets of retail funds domiciled in Germany are in sustainable funds – defined as those classified as such under the EU’s Sustainable Finance Disclosure Regulation – whereas this figure is 79% in Sweden, 60% in France and 40% on average across the EU, according to the BVI report. Bond funds have become relatively less common in the sustainable fund universe, accounting for just 16% of sustainable funds in 2021, versus 36% in 2019. Equity funds on the other hand have grown from 28% to 35% while real estate has grown from 0% to 14% in the German market.

CPP Investments, the manager of Canada Pension Plan – the country's largest pension fund – has said it will work towards its Net Zero pledge by continuing to "invest and exert our influence in the whole economy transition as active investors, rather than through blanket divestment". It is the latest asset owner giant to emphasise its decarbonisation plans will not see it steer away from certain parts of the economy, after the Deputy Governor of NBIM, the Norway's sovereign wealth fund, said late last year it would support a Net Zero target for the fund, but that it aimed to use its investments to drive change rather than divest from high emitters. Meanwhile, CPP Investments said expects to ramp up its investments in green and transition assets to $130bn by 2030 from a current $67bn.

Bluebell Capital Partners has written to Glencore suggesting that it adopts a dual class share structure for a proposed spin-off of its thermal coal business, allowing it to keep voting control while only retaining a 9% economic interest, according to documents seen by the Financial Times. The activist investor, which was behind the campaign to oust Emmanuel Faber as CEO of Danone, is pressuring Glencore to set up a separate business for its thermal mining business, arguing that it is a barrier to investment – a proposal that Glencore CEO Gary Negle has rejected. The letter says that "the real debate should not be about ‘if’ Glencore should spin off coal, but ‘how’ a spin off should be executed, taking into account both financial and environmental considerations that support Glencore’s strategy to responsibly run down coal". Glencore declined to comment when contacted by the FT.