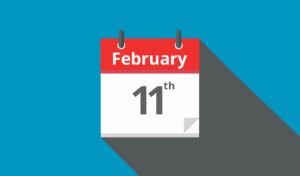 Morningstar has culled more than 1,200 funds with around $1.2trn in assets from its European sustainable funds list after tightening the criteria for inclusion. In their Q4 global sustainable fund flows overview, Morningstar analysts reverted to their pre Sustainable Finance Disclosure Regulation (SFDR) criteria, only adding newly launched or repurposed funds with sustainability-related terms in their names and “clear descriptions of ESG-focused processes” in fund documentation. This resulted in the exclusion of more than 1,000 funds from its list, many of which had classified themselves under Article 8 of the SFDR – so called “light green” funds which promote environmental or social characteristics. Morningstar said this was the result of “extensive review” of fund documents, and that further funds are expected to be removed from the list as the process continues. Hortense Bioy, Global Head of Sustainability Research at Morningstar, said that funds with “light or ambiguous ESG language” were targeted, as well as those which say they consider ESG factors, but don’t integrate them in a determinative way. A separate report issued by Morningstar this week said that managers reclassifying funds as Article 8 under SFDR ran the risk of being accused of greenwashing if they didn’t make changes to fund investment strategies.

European financial watchdog ESMA is undertaking a study on disclosure requirements for Article 8 and 9 products under the EU’s Sustainable Finance Disclosure Regulation (SFDR), the anti-greenwashing legislation brought in last March. The analysis, which will run until 2024, was announced in the regulator’s updated Sustainable Finance Roadmap, published today, and aims to “support supervisory convergence efforts and the identification of greenwashing cases”. “Diversity in the interpretation and application” of sustainable financial regulation like SFDR across the EU is described in the document as a “key challenge,” one which poses a risk of “regulatory and supervisory arbitrage”. The regulator also said it will contribute to European Commission’s work on minimum sustainability criteria for Article 8 products.

The SEC has come under fire from Democrat Senator Elizabeth Warren over repeated delays to the release of inaugural US climate disclosure rules, which was initially scheduled for October, Reuters reported. In a letter to SEC Chair Gary Gensler, which was not made public, Warren said: “These delays are unwarranted and unacceptable, and violate the commitment, which you made seven months ago…the absence of a rule leaves shareholders and investors in the dark about the significant long- and short-term climate risks facing public companies.” The US has been criticised in the past for being a global laggard on climate disclosures regulations by TCFD Chair – and former SEC chief – Mary Schapiro.

The “failure to distinguish between risk and uncertainty” when it comes assessment of climate impacts leads to “analyses, decisions and market disclosures that are potentially misinformed at best, or misleading at worst,” according to a new report co-authored by re-insurance giant Swiss Re. In ‘Treating climate uncertainties as knowable risks – a recipe for greenwash?’ the authors contend that the failure to make this distinction has resulted in “current approaches to the analysis of climate-related change undertaken by organisations are suboptimal to a material degree for their own decision making as well as for the economy and society”.

The Value Reporting Foundation (VRF), the result of a merger between SASB and IIRC, has released guidance  to support board members address common sustainability issues facing their organisations. The resource provides a list of questions which directors can use to “facilitate a more complete and robust assessment of long-term risks” across the 77 industries which is covered by the SASB Standards. The VRF will be absorbed into the IFRS by June 2022.