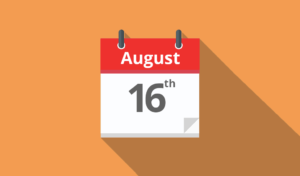 Only 11 out of 46 major metal and mining companies have set 2C-aligned targets, according to new analysis by Bloomberg Intelligence based on its scenario analysis. Fortescue, Boliden, Kumba and Newmont are among the top performers in the analysis, with Fortescue targeting Net Zero by 2030, but only six of 17 gold mining firms analysed had set any carbon reduction targets at all.

James McRitchie, who runs the California-based website ‘Corporate Governance’ has filed a shareholder resolution with Tesla, calling on the firm to reduce its number of board classes from three two two, resulting in a one year reduction in director terms. Tesla said in response to the resolution that “opportunistic short-term interests could quickly and significantly alter the makeup and continuity of the board”.

Yapı Kredi has become the first Turkish bank to set a science-based emissions reduction target, which it said it would announce publicly after it had been verified by the Science-based Targets Initiative. Gökhan Erün, CEO of the bank, said that it would “not only manage the environmental and social impacts arising from Yapı Kredi's operational activities, but also continue [its] efforts to measure the impacts of our customers through our lending activities and to ensure their transformation”.

Market Forces has lodged a resolution with Australia’s New Hope Corporation, asking it to disclose how it plans to wind down its coal operations in line with the Paris agreement. New Hope, which will face the resolution at its AGM on 18 November.

Meanwhile, the record loss posted by Australian energy company AGL has “supercharged” the end of coal in Australia, according to climate experts and NGOs. AGL revealed on Thursday that it had made a A$2.06bn (€1.28bn) loss in 2020. Richie Merzian, Climate and Energy Programme Director at The Australia Institute told The New Daily that AGL had moved too slowly to transition to renewables. The need for an accelerated transition away from coal was echoed by the Australian Centre for Corporate Responsibility, Australia’s Climate Council and John Quiggin, a Professor of Economics at the University of Queensland.

Germany is set to record its largest rise in GHG emissions since 1990, with the buildings, transport and industry sectors all missing their reduction targets, according to a new report by environmental think tank Agora Energiewende. The projected increase of 47m tonnes of CO2 would leave Germany’s emissions at 64% of their 1990 levels. The country met its targeted 40% decrease in 2020 due to reduced emissions levels during the pandemic, but emissions have since grown. Patrick Graichan, Director of the think tank, said that “the supposed success of a 40% emissions reduction in the last year was not effective climate protection, but a flash in the pan, achieved through Corona and special factors”.