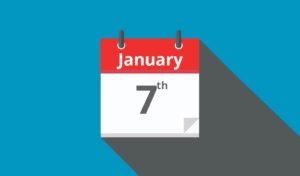 Aviva Investors has warned that investors will expect social media site Reddit to improve its policies and enforcement practices on misinformation ahead of its proposed IPO. Speaking to RI, ESG Analyst Louise Piffaut said that "Reddit should expect added scrutiny on how it manages and moderates content on its platform. While Reddit’s content management process is unique compared to other platforms, investors will want to see how Reddit demonstrates that its administrators and moderators can cultivate a safe community". Unusually for social media sites, Reddit relies heavily on volunteer moderators, many of whom took part in a protest against covid misinformation on the site last year. Reddit announced on 15 December that it had confidentially submitted a draft registration statement with the US Securities and Exchange Commission relating to a proposed IPO. Reddit has been approached for comment but did not respond before this article was published.

New York State Comptroller Thomas DiNapoli, who is also the sole trustee of the New York State Common Retirement Fund, has weighed in on political spending by companies, saying  “corporations have to question whether spending on political causes is in shareholders’ interests”. DiNapoli shareholder proposals requesting eight corporations – Twitter, DISH Network Corp, The Progressive Corp, Royal Caribbean Cruises, Las Vegas Sands, Ulta Beauty, VeriSign and Hanesbrands - to disclose their political spending. Since the filings, he said an agreement had been reached with clothing maker Hanesbrands.

Canada’s natural resources minister has defended exports from oil sands projects despite also vowing to enforce “aggressive” greenhouse gas emissions cuts in the energy sector. Jonathan Wilkinson said:  “For the [oil] demand that continues to exist, Canada needs to extract value from its resources, just like the United States, the United Kingdom in the North Sea, and Norway.” The comments come as Prime Minister Justin Trudeau has pledged to impose a cap on oil sector emissions. The PM’s office also said in late December that Canada should move towards mandatory climate-related financial disclosures., and accelerate the government's commitment to eliminate fossil fuel subsidies from 2025 to 2023.