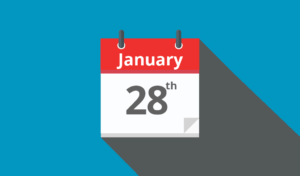 SEC Commissioners Allison Herren Lee and Caroline Crenshaw have called for insights on how ESG factors might be factored into executive pay packages, as the powerful US securities regulator re-opens the rule making process on the issue it started in 2015, but allowed to “languish”, according to Crenshaw. “The modern compensation landscape now encompasses enhanced reliance on performance metrics related to, for example, climate, diversity, and other company-specific ESG goals,” Herren Lee stated. “It would be helpful to hear from commenters on how the increased flexibility contemplated in today’s reopening release may facilitate investor analysis of the use of such metrics and targets in compensation plans, and how it may enable companies and investors to better evaluate the success of the many tailored and unique compensation plans companies employ.”

The European Central Bank has begun its 2022 climate risk stress test. The exercise, which will be conducted over the first half of the year, includes three sections: a questionnaire on banks’ climate stress test capabilities, a peer benchmark analysis of the sustainability of banks’ business models and exposure to emission-intensive companies, and a “bottom-up" stress test examining the effect of extreme weather events on banks, their vulnerability to a sharp increase in carbon prices and how they would respond to transition scenarios over the next three decades. Aggregate results will be published in July 2022.

Three quarters of European investors plan to shift 20% more assets to funds with explicit ESG criteria over the next three to five years, according to research by RBC Asset Management, which saw the asset management arm of the Royal Bank of Canada poll more than 500 European fund buyers, consultants and wealth managers.

More than 80% of investors regard responsible investment as a fiduciary requirement, according to a poll by Columbia Threadneedle Investments. The client survey by the €41bn manager also found that almost the same proportion saw responsible investment as an important part of manager selection, and 72% said that meeting their expectations on the topic was a “deal breaker” when considering managers. On funds covered by the EU’s Sustainable Finance Disclosure Regulation (SFDR), only a third said they would invest in Article 6 funds – i.e., those that do not integrate sustainability into the investment process – by the end of 2022.

Australian iron ore miner Fortescue have received an S&P ESG score of 66, below the average global score of 67, despite recently pledging to achieve Net Zero Scope 3 emissions by 2040. “The company has well-articulated net-zero targets for its direct and indirect carbon emissions, but its efforts toward downstream decarbonisation remain fairly nascent,” said the ratings agency. Companies based in EMEA recorded the highest average score at 72.