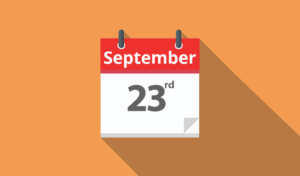 The US Securities and Exchange Commission (SEC) has published a sample letter outlining specific follow-up questions it might ask corporates to address gaps in their climate disclosures, such as disparities between their “more expansive” sustainability reports and the filings it receives. Questions in the draft document – which cover disclosure around material physical, transition and regulatory risks – are based on the SEC’s 2010 guidance on climate disclosure – the regulator recently closed a consultation on a new climate disclosure rule for companies, which is expected to be published later this year. The Wall Street Journal reported yesterday that the letter has already been sent to the CIO at “dozens of public companies”.

The Institutional Investor Group on Climate Change has published a set of investor expectations for company action on physical climate risk. The four key expectations cover the establishment of a climate governance framework, undertaking physical climate risk and opportunity assessment, developing and implementing a strategy for building climate resilience, and identifying and reporting against metrics to demonstrate progress over time. The group has also written to 50 companies it claims are highly exposed to physical climate risk, including Nestle, Centrica and Delta Airlines, asking them to properly identify and respond to physical events such as flooding and droughts.

The European Central Bank has published the results of its economy-wide climate stress test. The ECB said that the results were in line with its preliminary results, published in March, which found that companies in Southern Europe were more susceptible to heat stress and wildfires, while companies in Northern Europe were more at risk from flooding. The ECB said it had also included assessments of bank resilience to climate risk through loan, security and equity holdings.

S&P Global, Moody's, MSCI, EY, KPMG and PwC are among the signatories to the new Net Zero Financial Service Provider Alliance, which was launched yesterday. The group is the latest to join the Glasgow Financial Alliance for Net Zero, an umbrella initiative created ahead of the upcoming COP26 climate conference which aims to promote consistency and integration across existing and new Net Zero finance initiatives. The members, which include credit rating agencies, auditors, investment advisors, stock exchanges, index providers, ESG data providers and proxy research advisers, are committing to align all relevant products and services to achieve Net Zero by 2050 at the latest, and to set interim targets for 2025 within 12 months of joining the alliance.

Investor and insurer policies on Arctic oil and gas drilling are severely underdeveloped, a report by NGO Reclaim Finance has found. Investors held $272bn in Arctic fossil developers as of March. Only 13 of the world's top 46 insurers have a policy on Arctic underwriting, and only 2 of the top 30 have Arctic investment policies. The report says that oil and gas companies plan to increase extraction in the Arctic by more than 20% over the next five years.