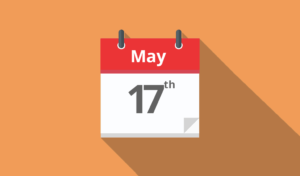 The Toronto Stock Exchange and its Venture Exchange will offer IHS Markit’s ESG Reporting Repository to their 2,300 listed issuers. As part of the agreement, the pair will recommend the use of the repository at no additional cost, according to a statement. The announcement comes on the back of the launch of a group to advise Canada's supervisors on ESG standards.

36 faith institutions from around the world have announced their divestment from fossil fuels. The group includes the Church of Wales, which has more than £700m of assets under management, and voted to divest from fossil fuels and become Net Zero by 2030 at its Governing Body meeting in April. Other institutions are located in Brazil, Argentina, India, the Philippines, Uganda, Italy, Spain, Switzerland, Ireland, the UK and the US.

Large swathes of the global solar panel industry are implicated in the forced labour of Uyghurs and other Turkic and Muslim-majority peoples, according to research by Sheffield Hallam University’s Helena Kennedy Centre for International Justice. The In Broad Daylight report assesses the entire solar module supply chain “from quartz to panel”. “Creating a better future for our planet through solar energy holds little merit if companies are complicit in human rights abuses while doing it. The industry must step up and hold Chinese suppliers to a higher standard,” said Nyrola Elimä, a Uyghur supply chain analyst working in collaboration with the Helena Kennedy Centre’s Forced Labour Lab.

European Central Bank board member and economist Fabio Panetta has warned of the risk of “regulatory arbitrage” and “greenwashing” unless common principles on sustainable finance are agreed internationally. Writing in a blog last week, the former Senior Deputy Governor of the Banca d’Italia said: “As jurisdictions compete to attract finance, the risk of regulatory arbitrage and a race to the bottom has grown. If left unaddressed, this trend could result in lower standards globally, increasing the likelihood of greenwashing”.

Environmental concerns have prevented a contractor working on the controversial Australian Carmichael coal mine from obtaining insurance for the project, the FT reports. BMD Group, which is building a section of rail line for Adani Enterprises’ giant mine, said in its response to an Australian parliamentary inquiry that it may have to ask the government to step in after at least 33 underwriters declined to provide it with public liability insurance for the project.

The UK’s National Union of Students (NUS UK) is asking its members to write to their university asking it to divest from companies tied to Israeli settlements illegal under international law. The statement, released on Twitter this Friday, highlights a database, hosted by Palestine Solidarity Campaign, listing individual universities’ exposure to such companies. The University of Manchester last year reportedly divested a number of companies involved in illegal Israeli occupations last year following student pressure.