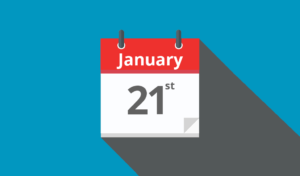 Total and Chevron have announced they are exiting Myanmar. Total, the French oil and gas giant, said today on its website: “TotalEnergies has decided to initiate the contractual process of withdrawing from the Yadana field and from MGTC in Myanmar, both as operator and as shareholder, without any financial compensation for TotalEnergies.” A spokesperson for Chevron told RI: “We have reviewed our interest in the Yadana natural gas project to enable a planned and orderly transition that will lead to an exit from the country.  We have been in discussions with the operator to understand their position.  As a non-operator with a minority interest in the project, our immediate priority remains the safety and well-being of employees, safe operations and the supply of much-needed energy for the people of Myanmar and Thailand.” Earlier this month, RI reported that global investors were engaging the energy giants regarding their presence in the nation which was subject to a military coup last year.

Citigroup has laid out goals for corporate borrowers to cut emissions, including an "absolute reduction" target for companies in the energy sector by 2030. The US bank has also set a 63% reduction in portfolio emissions intensity for those in the Power Sector.

Bank of America, Royal Bank of Canada, and Wells Fargo are among the 19 banks to have formed the Risk Management Association (RMA) Climate Risk Consortium. The new initiative will develop standards for banks to integrate climate risk management throughout their operations.

The US state of West Virginia has blacklisted investment titan BlackRock, partly over the manager’s climate stance, according to a statement released this week. It comes after a number of Republican-run states, led by West Virginia, threatened to pull billions of dollars from financial institutions which halt investments and lending to fossil fuel companies.

The Shanghai Stock Exchange (SSE) has asked companies listed on its science and tech-focused STAR Market to disclose ESG information within their annual reports or in standalone reports, according to Reuters. The disclosures should also include information on how companies would contribute to national-level climate targets, according to the SSE. The regulatory update was not available on the SSE’s English-language portal.

A group of around 20 UK MPs have reportedly warned that the country’s pledge to achieve Net Zero emissions by 2050 will cause more unrest and division than Brexit. "I am sick to death of people talking to me about food and fuel poverty, and then piling costs on the poor,” said one of the group’s founders, Brexit-supporting MP Steve Baker. Under its climate roadmap, the UK has said that it will require major financial institutions and companies to publish detailed plans for decarbonisation.