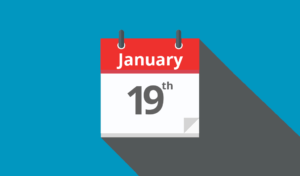 UK pension pool Border to Coast has revealed it will vote against chairs of big emitters failing to meet key indicators from the Climate Action 100+ Net Zero Benchmark around decarbonisation targets and Net Zero commitments. The move is part of the £34bn (€40bn) pool’s strengthened voting approach announced today as the 2022 proxy season gets underway. Boardroom diversity is also a focus for the fund, which said it would “challenge” FTSE 100 companies where there is not a least one director of colour on the board, “unless mitigating factors or plans to ensure it is met have been disclosed”.

US tech giants  Amazon, Netflix, Facebook and Twitter are among the firms to make first time disclosures to CDP following record investor participation in the environmental data NGO’s engagement campaign targeting non-disclosers. CDP reported that 168 financial institutions participated in its 2021 Non-Disclosure Campaign, which gives investors an opportunity to target firms failing to disclose key environmental data, up 56% on the year before. This unprecedented support prompted a record 328 firms – 25% of those engaged – to respond to at least one CDP questionnaire – a 21% increase on 2020. Forestry was a standout disclosure with a 120% rise in the number of firms responding to that questionnaire compared to 2020.

Exxon has announced a commitment to Net Zero for its scope 1 and 2 emissions by 2050. The oil giant said it would publish a roadmap to reach this target by the end of 2022, and planned to eliminate methane leaks and routine flaring of natural gas.

Investors should push for more action on methane emissions in their oil and gas holdings in order "to keep 1.5C alive", Carbon Tracker said in a recent note. When engaging with investee companies, investors should set a deadline for reporting methane emissions based on an independently verified direct measurement; ask companies to report on a full equity-share basis, not just emissions for operated assets; and set specific short-term reduction targets for methane emissions to ensure change starts to happen immediately. Reductions should be against either a present day or industry standard, rather than "an artificially high, historic company one".

The CEO of the UK's Environment Agency has said that he would like to see the worst polluters receive "fines so large that they would put a major dent in companies' bottom lines". Speaking at the Westminster Energy, Environment & Transport Forum, James Bevan said that the largest fines would be issued "in cases of extremely harmful and reckless pollution", adding that he would like to see "sentences that would put [company] bosses in jail".