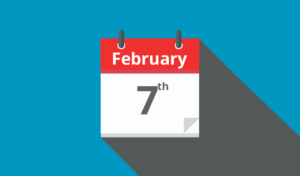 A review of Net Zero pledges by 25 of the world’s largest companies has found that the firms are only committing to reduce 40% of their emissions by the target years. “Net zero targets commit to reduce the analysed companies’ aggregate emissions by only 40% on average, not 100% as suggested by the term “net zero”,” says the report, produced by the New Climate Institute and Carbon Market Watch. It investigated 25 companies including Unilever, Maersk and Amazon, which account for around 5% of global GHG emissions. Less than a quarter of the combined scope 1, 2 and 3 emissions – around 2.7 gigatons of carbon – of the companies is covered by an emissions reduction target, with a further 0.7 gigatons covered by an “ambiguous” net zero target with no specific emissions reduction commitment, while the rest is either covered by offsets (0.1 gigatons) or value chain emissions excluded from net zero targets (1.35 gigatons). Of the companies examined, only Maersk’s targets received the second highest rating of “reasonable integrity”, while Apple, Sony and Vodafone were given a “moderate integrity” rating.

The investment arm of the UK’s Methodist Church has criticised Rio Tinto investors for their response to a report revealing widespread sexual harassment, bullying and racism at Rio Tinto in which half of employees said they had been bullied. The investor said it is considering whether to completely exit the mining sector. The review into Rio Tinto’s workplace culture, published by the company itself last week and carried out by former Australian Sex Discrimination Commissioner Elizabeth Broderick, identified “disturbing findings of bullying, sexual harassment, racism and other forms of discrimination throughout the company”, Rio Tinto said. Epworth Investment Management, the £1.3bn manager, which has a £10m stake in Rio Tinto, said that it was “reflecting on [its] exposure” to the entire sector, over fears that Rio Tinto’s rivals have similar cultures. Andrew Harper, its Head of Ethics, told the Times newspaper: “We’re saddened to see so few investors publicly commenting on this issue over the fear of what this report might do to the Rio Tinto share price”. Epworth has asked Anglo-American to carry out a similar review. Rio Tinto Chief Executive Jakob Stausholm said, “The findings of this report are deeply disturbing to me and should be to everyone who reads them. I offer my heartfelt apology to every team member, past or present, who has suffered as a result of these behaviours. This is not the kind of company we want to be.”

A final report on a proposed EU Social Taxonomy will be published between the in late February or early March, Antje Schneeweiß, managing director at German church investment group Arbeitskreis Kirchliche Investoren and head of the subgroup of the EU’s Platform on Sustainable Finance tasked with overseeing the work, told RI.

Investors could consider lobbying on issues  like mandatory Diversity, Equity and Inclusion (DEI) disclosures and associated legislative developments in order to positively impact the DEI sphere, according to a new report by the Principles for Responsible Investment (PRI). Published today, Diversity, Equity & Inclusion: Key Action Areas for Investors explained that “while there is work still to be done on the issue of diversity (where most firms’ focus has been firmly on gender) this focus must now expand beyond diversity to equity and inclusion to achieve meaningful changes on this important topic.”