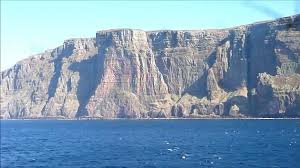 It is becoming clear to shareholders and companies alike this proxy season that “business as usual” is no longer a viable strategy for 21st century businesses. Recognizing the urgency facing businesses and the public to respond to climate change, As You Sow filed an innovative shareholder resolution with ExxonMobil and Chevron this year.

The resolution asks the companies to account for energy reserves in resource-neutral BTUs (an internationally accepted energy unit) in addition to the traditional ‘barrels-of-oil’ and ‘cubic feet of gas’ standard. This seemingly minor accounting tweak will have major consequences: it will help companies, and the market, account for, and place value on a range of energy resources beyond oil and gas, including cellulosic ethanol, geothermal, wind, solar, and other clean energy. By aligning one of the market’s primary valuation metrics – reserve replacement – with the increasingly acute imperative for lower carbon energy, a path to becoming truly diversified and competitive energy companies can be forged.

Currently, an oil and gas company’s market value is based in large part on its “reserve replacement ratio”— did the company replace every barrel of oil it produced with a newly discovered barrel of oil? If annual oil reserve replacement is not 100% or greater, a company’s stock market value may be impaired and, perhaps more significantly, top executives may not receive their full bonus packages.

This all-important reserve replacement metric locks management into an endless hunt for more oil and gas. In the words of Upton Sinclair, “It is difficult to get a man to understand something, when his salary depends on his not understanding it.” Even with the sure knowledge that two-thirds of today’s already-discovered, proven fossil fuel reserves must remain in the ground if we are to avoid the most catastrophic effects of climate change, oil majors continue to pour hundreds of billions into new exploration — nearly $166 billion in 2014 and, even in the face of dramatic oil price drops, over $136 billion in 2015.

Last year, for the first time in 22 years, Exxon did not fully replace its oil and gas reserves, achieving only a 67% reserve replacement. If Exxon’s energy resources were calculated in BTUs, it could have worked to fill in that missing 33% with a variety of renewable energy sources, presenting a clear win for the company, its shareholders, the climate, and our combined future. In turn, energy analysts could have accounted favorably for the less than 100% oil and gas replacement, recognizing it as a favorable transition that, when combined with production of renewable energy resources, will allow the company to thrive in an increasingly carbon-constrained economy.

As You Sow’s Carbon Asset Transition, or “CAT” resolution, requesting that oil companies’ energy resources be accounted for, by category, in resource-neutral energy units as well as barrels of oil, could have profound implications for the future. It allows oil and gas companies to decouple their asset base from a sole focus on fossil fuel reserves and incentivizes their transition into becoming energy companies ready to thrive in a low carbon economy.This solution also offers the financial sector a new way to measure the value of companies like ExxonMobil and Chevron, accounting for all types of energy these companies invest in going forward.

“Oil companies appear to be headed for the same cliff that coal has already gone over.”

While this reporting change will require only minimal additional reporting, ExxonMobil challenged As You Sow’s resolution at the SEC. In March, the SEC agreed with As You Sow that its non-binding resolution should be allowed to go to a shareholder vote. The resolution will now be presented at both ExxonMobil and Chevron’s Annual General Meetings, on May 25.

Global energy markets are undergoing a fast-paced, structural shift toward less expensive, less polluting, low carbon energy sources. Coal markets in the U.S. were the first to feel the impact of these changes, with total market value plunging by more than 92% since 2011, due in large part to competition from cleaner substitutes such as natural gas, wind, solar, and energy efficiency. Oil markets are now experiencing similar pressure. Exxon and Chevron—and all the oil companies—appear to be headed for the same cliff that coal has already gone over. If the oil majors were to go over that cliff, they would take a hefty chunk of our economy and prosperity with them.

Recognizing that an orderly transition to a clean energy future must be facilitated, As You Sow’s Carbon Asset Transition proposal is a crucial first step: by decoupling traditional oil and gas company value from a sole focus on carbon-based asset replacement, companies will have an opportunity and incentive to become truly diversified energy companies providing large-scale clean energy. In addition to directly engaging companies with this resolution and working with other energy companies on voluntarily reporting in BTUs, As You Sow will also file a petition with the SEC. The petition will request the SEC add an energy-neutral metric to its current reporting requirement for oil and gas companies. Such a change would help free these companies from their oil-centric focus, which made sense historically but whose time is now past.

One of the most crucial questions investors should be asking about oil companies is whether the company will thrive in the coming low carbon economy, or whether it is headed for the fossil fuel energy cliff. Measuring reserves replacement in BTUs, by category, will help investors answer that question, as it will clearly and transparently show a company’s investment in different categories of energy. For the first time, oil companies’ participation and progress toward clean energy sources will be transparent, measurable, and presented on an equal basis as oil. If you are what you measure, then measuring in energy units rather than oil means that these oil companies could actually become energy companies and lead the way to a clean energy future.

Danielle Fugere is President and Chief Counsel of As You Sow.