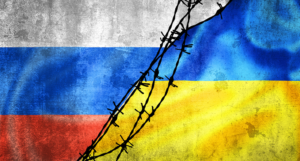 Denmark’s AkademikerPension has announced it is placing Russia in “investment quarantine” after the country formally recognised the independence of the breakaway territories of Donetsk and Luhansk, and ordered troops to be sent to eastern Ukraine.

The fund, one of Denmark’s largest, will make no new investments in Russian sovereign debt or in the bonds and shares of companies where the Russian state owns more than 50%.

Jens Munch Holst, Akademiker’s CEO, said: “Putin’s formal recognition of the two separatist republics is a violation of Ukraine’s sovereignty and of international law. It is also a breach of our policy on responsible investment.”

An exclusion of state-owned assets could be the next step, depending on how the conflict and Western sanctions develop, Holst said. The fund owns DKK373m (€50.1m) of Russian government bonds and holdings in state-controlled companies – around 0.3% of its portfolio. If the divestment does go ahead, the proceeds will be reinvested in other emerging market bonds.

In January, Akademiker said that it would divest from all of its sovereign debt and state-owned company holdings in Russia if it “attacks or invades” Ukraine. The fund said that it tried to exclude countries that ranked lowest in terms of human rights, while being transparent about where it had to compromise in order to safeguard members’ pensions.

Russia had long been a candidate for exclusion, and its actions at the Ukrainian border had moved it up the list, the fund said. In the event of an invasion, the country “will overtake many candidates”, Holst said previously.

The divestment from Russian state holdings would be the fourth made by Akademiker this year. In January, it announced it had divested DKK260m (€35m) worth of holdings in utilities with more than 25% thermal coal in their energy mix, followed by a DKK22m divestment from Hungarian airline Wizz Air after it failed to demonstrate improvement on labour rights following engagement, and has also begun to divest DKK2bn of fossil fuel bonds.

The Ukraine crisis has brought a sharp sell-off of Russian assets. Russia’s Moex index has fallen by more than 14% this week, and is down over a third since October. The yield on Russia’s 2030 dollar bonds climbed to 5.8%, the highest in seven years.

In additional to the geopolitical instability, investors are concerned over the possible impact of western sanctions. Germany has already announced it will block the approval for the controversial Nordstream 2 gas pipeline, while the UK announced sanctions on five Russian banks.