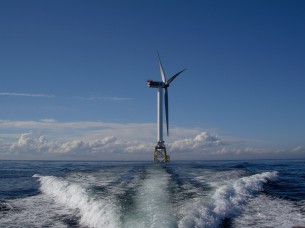 Danish pension institutions PensionDanmark and PKA (Pensionskassernes Administration) have teamed up to buy 50% of an offshore wind farm from state-controlled energy firm DONG Energy A/S for around DKK6bn (€804.6m).
The funds – which have combined assets of around €30bn – have signed a 15-year contract with DONG on operation and planned maintenance of the farm, the 400MW Anholt facility in the Kattegat sea area.
The planned installation should be able to meet around 4% of Denmark’s annual power consumption needs.
PensionDanmark is lead investor in the consortium and will acquire 30% of the farm while PKA will buy 20%. The funds will take responsibility for Anholt’s operation and earnings on April 1 2014 – paying the purchase price in four instalments beginning at the end of 2011, with the last instalment due at the end of 2013.

The move builds on PensionDanmark’s existing 50-50 relationship with DONG on the Nysted offshore wind farm.
“During the last couple of years we have been workinghard on building up internal capabilities and resources in order to be able to make direct investments in wind farms and other types of infrastructure assets,” said PensionDanmark CEO Torben Möger Pedersen.
He said there is a “huge need” to step up investments within renewable energy.
PensionDanmark, the €14bn labour market pension fund, is also an investor in the Green Power Partners Solar Energy fund. PKA, the occupational pension fund administrator with some €16.4bn under management, has interests in forestry and infrastructure including the European Clean Energy Fund.

Danish pension funds have been at the forefront of clean investing projects, with ATP for example introducing a €1bn climate change fund targeting emerging markets.
But they are not the only major institutions entering the wind power market. Last December PGGM, the €98bn Dutch pension fund manager, took a stake in the UK’s Walney offshore wind farm.
DONG Energy announcement