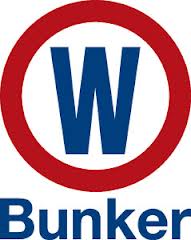 A group of Danish institutional investors, among them ATP, PFA Pension and PensionDanmark, has launched an investigation into why OW Bunker, a shipping fuels firm they invested in during its initial public offering (IPO) last March, declared bankruptcy just eight months later.

The institutions stand to lose hundreds of millions of Danish kroner as a result of OW Bunker’s failure. The investigation, to be conducted by two Danish law firms with support from the US auditor Ernst & Young, is a prelude to a possible lawsuit against the company.

“The investigation will focus on possible deficiencies in the prospectus prepared in connection with OW Bunker’s IPO as well as how the company was managed in the period from the IPO until the bankruptcy,” said ATP, which released a statement on behalf of the group on Wednesday (December 10).

ATP added: “The investigation will provide us with a basis for possible litigation for the sake of financial compensation, though each institutional investor will decide for itself how to proceed.” ATP, a DKK602bn (€81bn) Danish buffer fund, did not reveal how much it had invested in OW Bunker.

But Danish press reports say its exposure, along with that of PFA totalled DKK550m kroner. Except for PensionDanmark, which placed DKK50m with OW Bunker, the exposure from the other investors has not been disclosed. They include the pension schemes AP Pension, Industriens Pension and DIP/JØP as well as Swedish bank SEB and Maj Invest, a Copenhagen-based asset manager.In early November, OW Bunker said it was filing for bankruptcy after its banks refused to provide any more funding in the wake of $275m in losses. Those losses were caused both by a sharp decline in fuel prices and alleged fraud at a Singapore affiliate named ‘Dynamic Oil Trading.’ OW Bunker’s bankruptcy filing came just eight months after an IPO that that valued the company at $1bn.

What exactly happened at the Singapore unit is unclear. According to Danish press reports, Dynamic Oil Trading extended a $125m loan to a client who didn’t pay it back. OW Bunker has since fired two executives from the unit and notified Danish authorities about their activities. The reports also said the Singapore unit was not expressly mentioned in the prospectus released before OW Bunker’s March IPO.

Founded in 1980, OW Bunker was a once major supplier of shipping fuel, with a global market share of 7%. Until its IPO it was majority owned by Swedish private equity firm Altor Equity Partners – whose investors include leading institutional investors.

Meanwhile, Folksam’s SEK130m (€13.8m) investment in Northland Resources, a Swedish mining company, is at risk now that Northland has also declared bankruptcy. According to news reports, Northland is foundering due to $650m in debts and falling iron ore prices. Folksam, a commercial life insurance and pensions provider, has SEK340bn in assets under management. ATP statement (Danish)