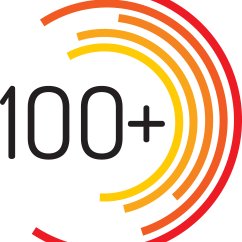 CA100+ was launched at the end of last year and will target 160 companies it says are the most significant carbon emitters – as identified by CDP data. It is led by Ceres, the PRI, the Investor Group on Climate Change, the Institutional Investor Group on Climate Change and the Asia Investor Group on Climate Change and has nearly 300 investors as members, including many of the world’s biggest asset owners and managers.
The main objectives of CA100+ focus on companies’ governance of climate risks and opportunities; emissions reductions across the value chain; and disclosure. Earlier this summer, it put out an RfP for data providers that could work with its members and organisations to help develop a benchmark against which they can assess the progress of target companies.
The benchmark is expected to be based exclusively on publicly-available information, and providers were asked in the RfP to recommend specific indicators and methodologies for assessing target companies and completing “a high level ‘traffic light’ assessment” of each firms’ compliance with each category in the framework.All four organisations to have been selected for participation in the benchmarking process are non-profits: TPI is an investor led initiative whose research is funded by Aberdeen Standard Investments, BNP Paribas and Legal & General. It’s members and other sponsors include Brunel pension fund, CalPERS, charity fund manager CCLA, the Local Authority Pension Fund Forum, Generation, AP1 and AP4 and a number of others. Carbon Tracker, Influence Map and 2° Investing Initiative are all not-for-profit think tanks.
CA100+ received some criticism for asking for data “on a pro-bono” basis in its RfP. However, it told RI this summer that it “felt there was adequate free-to-access resources available already, which could be made use of by the investment community, allowing more of the networks’ financial resources to be put to use helping coordinate engagement activities”.
It is yet to be disclosed how each of the four data providers will work on the benchmark – details are expected to be announced later this month.
Ed Mason, Head of Responsible Investment at Church Commissioners for England, which helps coordinate the TPI, tweeted that the initiative would become “a core benchmarking tool”. Sustainability expert Rory Sullivan said the TPI’s new role was “hugely important”, as it provided CA100+ “with an independent, academically rigorous process”.