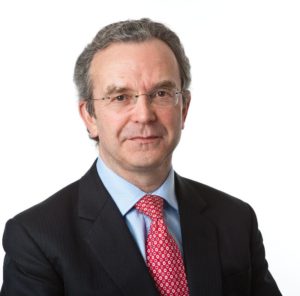 Few doubt the influence of private capital. So it is little wonder that the global investment industry is vast and powerful. Powerful, because its huge investments bring influence on companies, as well as on policymakers and regulators. Vast, because it is made up of the savings and investments of millions of people; we entrust it with our hard-earned wealth, our pensions, our financial livelihood. Yet despite the fact that it’s ultimately our money at the heart of the system, we often have remarkably little to do with what happens to it.
The services the investment industry provides – pensions, insurance, funding for companies – are absolutely vital to a vibrant economy and to citizen welfare. Yet the financial sector is frequently characterised as self-serving, greedy and opaque, particularly since the global financial crash of 2008. Some note that these seem inconsistent with a competitive industry serving its customers. Not least of these are the fees and charges incurred by customers, many of them hidden, and several excessive. Another recurring issue is the industry’s short-term outlook, a determination to chase quick profits and trade at high frequency, rather than build long-term value for pension savers.
Then there is the alarming fact that institutional investors, as owners of some of the world’s largest companies, are the ones supposed to be stewarding their activities and behaviour. As corporate scandals involving greenhouse gas emissions, tax avoidance, excessive remuneration packages or exploited workers hit the headlines, it’s easy to see why many of us share a jaded outlook on the investment industry. After all, this is our money which has bought the shares, and controls the board appointments most of the companies which are in trouble.
So there are many problems with the investment industry. But given the profoundly important role it plays, the prize from improvement, from building a purposeful system, is huge. That is the issue we discuss in our book, What They Do With Your Money*, which recognises the problems, but also notes the progressive forces which offer a better alternative.
In light of the Paris Agreement, investors are demanding that fossil fuel companies demonstrate their ability to transition to business models that align with the global goal of limiting temperature rises to below two degrees. Failure to do so could mean financial disaster, as Lord Stern recently warned. Fiduciary investors owe it to the people whose money they look after to consider these risks. Pension savers need long-term value creation from companies that are built to last.Another reason for the growth in responsible investment activity is that NGOs are beginning to focus on the investment industry and to say; “if this is our money, we want it run on our behalf”. For generations, NGOs have called for a representative political system. Today they are asking the same of the investment industry.

ShareAction, the UK charity which exists to promote responsible investment, has worked hard to bring together communities of individuals and organisations, from fund managers and pension trustees to NGOs, policymakers and individual savers, who are committed to using responsible investment as a force for good. This vibrant movement of people, working inside and outside the investment industry, is taking action in lots of different ways both to transform the industry as it stands, and use it as a vehicle for change.
The European investment industry is a powerful force in the global economy, and one into which the savings of hundreds of millions of European citizens are invested. European pensions and insurance companies alone hold €13 trillion of assets. So I am delighted that ShareAction’s European Responsible Investment Network (ERIN), launching today (June 9) in Berlin, aims to harness the potential of those assets, as well as to encourage savers across Europe to have a voice in decisions about the investment of their money.
That’s not to say there won’t be challenges. Civil society organisations often exist to hold corporations, and their shareholders, to account. Europe, like the rest of the world, has a long way to go before responsible investment and sustainable capitalism can truly be considered the norm. Until then, citizens, civil society groups and investors can be part of the movement linking global finance to changes we want to see, a world where what they do with our money pays our pensions and has the lasting, positive impact that we would be proud to support.

David Pitt-Watson is Chair of the UN Environment Programme Finance Initiative and an executive fellow at London Business School. He will deliver the keynote address at the launch of ShareAction’s European Responsible Investment Network today in Berlin.

*What They Do with Your Money: How the Financial System Fails Us and How to Fix It, is co-authored with Stephen Davis and Jon Lukomnik.