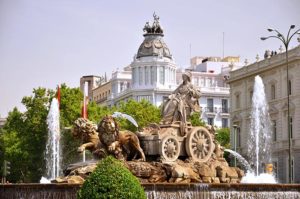 The European Union’s so-called Shareholder Rights Directive II (SRD II) is a misnomer. Still relatively hot off the press, as there are still almost two years for it to be transposed (i.e. adopted by EU member states), the directive’s real moniker is “encouragement of long-term shareholder engagement”.

Arguably, shareholder engagement has a lot more to do with investors’ stewardship duties than with their rights and privileges. A closer look at some of the issues the SRD II tries to tackle shows the kind of obligations that not only investors, but also intermediaries, need to be prepared to deal with.

Notably, there are requirements around the identification of shareholders and disclosures such as their engagement policies and investment strategies by institutional investors, asset managers and proxy advisors.

The SRD II also touches upon other topics, to name a few: oversight of directors’ remuneration and related party transactions, as well as the issue of voting rights linked to securities lending.

All those topics were discussed at the official launch of Corporance, the new Spanish proxy advisory firm, on a panel that looked at the challenges the SRD II is already posing to institutional investors.

One trend identified is the internationalisation of shareholders within European stock markets.

According to a recent study by stock exchange owner Bolsas y Mercados Españoles, he said, more than 40% of shares are held by foreign investors.

The same might be true of Italy, according to Sergio Carbonara, founder of Frontis Governance, the Italian proxy firm which, like Corporance, is a member of the Expert Corporate Governance Service (ECGS) partnership.

As Carbonara explained, Italy was a very concentrated market until 2010 when legislative came in that eliminated share blocking ahead of the AGM vote.

“This year 47% of votes were represented by foreign or minority investors. And large fund managers and large insurance companies are starting to vote at AGMs using proxy advisors.”

Carbonara recalled that when he left the proxy solicitor Georgeson to set up Frontis everybody told him: “You are crazy: Italian investors don’t vote at general meetings, there are very strong controlling shareholders and everything is already decided before the AGM.”

Carbonara said: “Things are changing, not only because of foreign investors, but also because Italian investors have started to vote in a professional way.”A similar observation was made by Jella Benner-Heinacher, Deputy Chief Managing Director of Deutsche Schutzvereinigung für Wertpapierbesitz (DSW), Germany’s main shareholder association and chair of ECGS, of which DSW is a partner too.

Benner-Heinacher explained that Germany in the 1990s was a “closed shop” as mainly insurance companies and banks owned German listed companies.

“It’s now quite interesting to see the large companies in the DAX 30 mainly in the hands of foreign investors, American and British institutional investors. I do not necessary think that’s a bad idea – I have mixed experiences about it.”

At the core of the SRD II’s obligation to identify shareholders with the cooperation of intermediaries, there is also an intent to facilitate interaction between companies and shareholders, a role traditionally played by proxy advisory firms.

Corporance’s Legal Director, Ramón Hernández Peñasco, noted that if that’s the case and the SRD II pursues corporate/investor dialogue and long-term engagement, companies need to know, as a precondition, who their ultimate shareholders are.

As moderator of one of the panels, Hernández Peñasco asked whether the SRD II should, like other jurisdictions’ laws, strip shareholders who don’t comply with this obligation of some rights, such as payment of dividends.

Gregorio Arranz Pumar, lawyer and board member of Spanish listed real estate company Inmobiliaria del Sur, said that due to the layers of intermediaries, identifying beneficial owners has traditionally been a limitation.

Answering the moderator’s question about reducing rights, he said: “In principle, it wouldn’t be a bad idea if the Directive’s transposition into Spanish law could deny the right to vote shares in the most serious cases.”

The identification threshold of the SRD II is 0.5% of shares, therefore shareholders below that percentage can be exempted, and it’s a requirement that affects intermediaries and chains of intermediaries too.

Pilar López-Aranguren, Senior Compliance Officer for Goldman Sachs in Spain, Portugal and Ireland, said that the threshold is quite low and that the obligation to identify shareholders leaves a number of question marks.

One issue is, according to López-Aranguren, that intermediaries might have to consider reviewing the terms and conditions of the contracts signed with shareholders, as well as informing them that they will be required to provide companies with their personal data.

In addition: “Another issue is that the Directive is law-abiding also for entities that are non-residents in the EU. I wonder what happens with those countries, like the US, where shareholders have the right to ask intermediaries not to disclose their identity. It could be a contradiction,” she observed.

Apart from transparency obligations for institutional investors and asset managers (e.g. description and disclosure of the engagement policy, the investment strategy, details of execution of mandates, etc.), proxy advisors are also required to disclose key information.

They should publicly disclose what code of conduct they follow and annually inform on the services they provide, such as research, advice and voting recommendations. And in particular “whether and, if so, how they take national market, legal, regulatory and company-specific conditions into account”.

Susana Graupera Sanz, Director of ATREVIA, a communications company that founded the Good Governance Forum with business school IESE, said the role of proxy advisors is being enhanced by this EU law.

“I think it’s important that national proxy advisors can give investors a better understanding of what’s going on within companies, and analyze for them financial and non-financial risks. It takes years to build the reputation of a company and just minutes to destroy it.”

One of the panelists was Manuel Conthe, former Chairman of the Spanish securities regulator (Comisión Nacional del Mercado de Valores or CNMV) and a trailblazer of corporate governance in Spain. It was during his tenure that the 2006 code that bears his name (Conthe Code) was passed, which is considered a milestone in the Spanish market.

Conthe, who is currently a full-time international arbitrator, said that proxy advisors are called to play an important role to help solve what he dubbed as a “problem of collective action” that shareholders face.

He said: “Shareholders don’t have an incentive to study the difficult issues that are submitted to a vote in the AGM. They have shares in companies that are owned by their competitors, so their incentive to improve the corporate governance of the companies they are invested in is limited. That’s precisely why the proxy advisory industry is useful as it reduces information costs.”

Conthe was self-critical of some of the code’s reforms, admitting to having failed to address effectively the role of independent directors in Spain.In particular, there’s the issue of directors who are nominally independent but captured by management.

“The tool to capture directors is the salary, if you overpay them they have a natural tendency to say yes to various proposals.”

Conthe said that the Code followed the advice of the British one, according to which code directors should be paid “enough for you to recruit good directors, but not more than necessary.”

He added: “In my view, directors of big companies, by and large, are overpaid in Spain. Board members’ remuneration should be very easy: pay as little as possible, otherwise they are no longer independent; whereas the compensation of CEO and senior managers is a more complicated issue. Spanish laws have merged together the two concepts and that’s absolutely wrong.”

Taking up the issue of remuneration, Loïc Dessaint, CEO of French proxy advisor Proxinvest and managing partner of ECGS, agreed that Spanish non-executive directors are among the most highly paid in Europe, about three to four times more than in France. He called France “a small laboratory” for AGM voting on this topic.

Dessaint recalled that in 2016, 54% of Renault’s shareholders disapproved the remuneration of the CEO-Chairman Carlos Ghosn. It was the first time, since the introduction of the advisory Say-on-Pay vote three years earlier, that a majority of shareholders has rejected a remuneration proposal of that kind.

“It created a big debate because the board refused to listen to the concerns of shareholders. But lawmakers decided to introduce new rights for shareholders [“Loi Sapin 2”, named after Economy Minister Michel Sapin] and now we have a binding vote on remuneration policy.”

The issue of shareholders’ approval of important issues was also raised by DSW’s Benner-Heinacher in relation to the mergers of Bayer-Monsanto and Linde-Praxair.

At the AGM of Linde, DSW requested a shareholder vote on the approval of this merger. The boards of Linde refused such a resolution, and DSW is examining the possibility of taking legal steps.