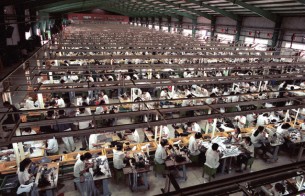 Technology firms Dell, Intel, and Motorola should adopt internationally-recognised standards of workplace safety and human rights in their global supply chains and publish reports on their implementation or face a showdown with the $120bn New York City Pension Funds at their annual shareholder meetings (AGM) later this year. The New York funds said they were currently lobbying the three tech firms to voluntarily change their policies but warned that they would continue to back a shareholder vote on the issue at the companies’ AGMs if they refuse. The funds said other tech giants including Apple, Hewlett Packard, and Microsoft had all recently adopted new policies following similar lobbying by the funds. As a result, the funds withdrew proposed shareholders resolutions from their AGM ballots. The New York funds own shares worth more than $2bn in the six technology firms.
The office of New York Comptroller John Liu, which oversees the collective running of the five New York funds, said it expected to file the same labour and safety standards proposal at other companies in the coming months.
The investor action comes at a sensitive time for US tech firms after US computer giant Apple was accused in a lengthy article in the New York Times of sub-contracting to workers operating in harsh conditions through its relationship with Foxconn, the Chinese IT components company. The allegations followed Apple’s own publication of labour and safety incidents at supplier companies worldwide.The New York City Pension Funds is one of the country’s most influential institutional investors and can swing significant backing from other US pension fund and asset managers for its shareholder proposals. New York Mayor, Michael Bloomberg, is a trustee on both the New York City Police and Fire Department Pension Funds, which belong to the five funds.
John Liu said: “Violations of human and workers’ rights, even if by their suppliers, pose operational and reputational risks that these companies cannot ignore. As long-term investors we must be concerned about financial risk as well as alignment with basic values. We have a responsibility to ensure that the profits and products that result from free trade are not created by the exploitation of workers in sweat shops, child labor, indentured slavery or other violations of human rights.”
The funds say the tech companies’ components suppliers should track workplace safety and human and worker rights against international standards and publish the findings in independently verifiable reports using the Sustainability Reporting Guidelines of the Global Reporting Initiative (GRI).
The reports, it said, should include incidents of non-compliance, actions taken to remedy those incidents, and measures taken to contribute to long-term prevention and mitigation.