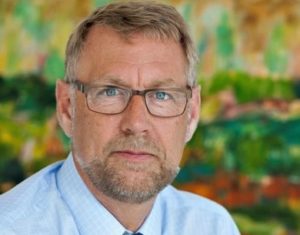 Pensionskassernes Administration (PKA), which manages DKK215bn (€28.7bn) from five Danish health care and social services pension funds, has sought to play down media reports that its Chief Executive Peter Damgaard Jensen took ski trips partly at the expense of one of the private equity firms PKA does business with.

On Friday, Danish public television DR reported that between 2004 and 2014 Jensen and his wife had flown to Chamonix, France, for an annual weekend event hosted by Triton Partners. PKA is an investor in three of Triton’s funds and made its first allocation to ‘Triton Fund II’ back in 2004. The story got picked up by the Danish financial press.

Jersey-registered Triton is a signatory
to the Principles for Responsible Investment (PRI), while PKA was one of a group of Danish pension funds which exited the initiative over governance concerns in late 2013. PKA was in the news last month when it excluded 31 coal mining companies and said it would engage with further 23.

The Chamonix event was aimed at giving investors like PKA the opportunity to review their investments with Triton. According to PKA, between 40 and 50 people attended the annual event, including several other investors from the Nordic region.

But the attendees also were given plenty of time to ski and were even flown to the Italian Alps for heli-skiing, DR reported. DR quoted Christian Forvin Lorentzen, a PKA delegate, as saying: “If the academic content was just a half hour long and the rest of the weekend was spent having fun skiing, I think that’s problematic.”In Jensen’s case, PKA said Triton only paid for his accommodation, food and ski pass during the events, adding that neither the CEO nor his wife participated in heli-skiing. PKA also said it picked up Jensen’s travel expenses while his wife paid for her own travel.

PKA firmly dismissed the notion that the Triton event was in any way unethical. “The events were consistent with PKA’s internal guidelines, as they were academic in nature and not gifts. Peter Damgaard Jensen also has informed DR that the travel was approved by PKA’s Chairman, Bent Hansen,” it said in a statement.

PKA also said another reason why it was appropriate for Jensen to partake in the Triton events was that between 2008 and 2012, he served on an advisory committee at the private equity firm. In 2009, PKA invested in “Triton Fund III” and in 2012, “Triton Fund IV.” Its total allocation to the three funds was not disclosed, but PKA said Triton’s second fund had returned 20% a year since 2004 and its third fund had gained 8% annually since 2009. Last January, Triton announced the sale of Nordic logistics firm DSVM to a group of investors including PKA for an unnamed sum.

PKA received backing from the National Association of Social Educators, whose members PKA insures. Benny Andersen, the association’s president, said his organisation was satisfied that Jensen had followed PKA’s internal rules for trips. However, he also said the case showed that, perhaps, those rules had to be looked at to ensure that they were “clear and good enough.”

In August last year the Danish financial regulator asked PKA to supply it with a written explanation of what happened with its DKK1.1bn (€147m) investment in Genan, the troubled Danish tyre recycler.