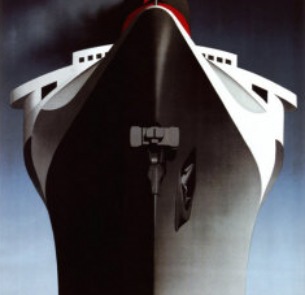 The story of pension fund promises in a large part of the Anglo Saxon world is like that of a unstoppable supertanker moving at 15 knots an hour. At 100 meters from the jetty the captain of the ship can still say, up to now everything is OK…
If I borrow 500 euros and agree to pay double back to the lender in 10 years time then I have to get a return of 7.2% from the investment that I can make thanks to the loan. Symmetrically, the amount that I need to invest at 3.5% for ten years to be able to pay 1000 euros to an investor is the equivalent of €710. The calculation of the retirement promise of a pension fund results from a combination of mortality tables and a discount rate. When a fund promises to pay a pension to a beneficiary, it determines their survival probability at different ages then applies a discount rate to the amount that would be paid out each year in retirement. This is done in order to convert into euros today the future cost of that pension promise. There is of course an interest in setting the highest possible discount rate: the higher the rate, the less contributions that need to be asked for. In good market times companies and employees didn’t really pay much attention to this obscure, but vital retirement calculation. There is a problem, however. If a fund invests the contributions it receives at a rate that is lower than the discount rate for calculating pensions, then it builds up a growing actuarial deficit (even if this doesn’t stop the paying of pensions because the fund is in a growth phase where contributions are bigger than pay-outs.) In our example, if our 500 borrowed euros are invested at returns of 3.5% rather than 7.2%, then we only have 705 euros accumulation to pay the debt in ten years.Compared to the promised pension, we’re short by €295! In the US, pension funds have not hesitated to adopt very high discount rates anticipating asset returns that the financial crisis has shown were largely artificial, because they were pumped up by massive leverage. The example that is often cited is CalPERS, but what asset allocation can justify a discount rate of 7.75%? (1) The most serious aspect of this is that it is difficult to reverse. When you’ve been artificially lowering the cost of the promises to be delivered (the pension to be paid), all movement towards more realism, such as a prudently assessed return rate for investments and a lower discount rate, leads to a large increase in the amount of assets needed. (2)
In short, we are discovering that the return on assets available can no longer justify the pension discount rates applied. The underfunding of US pension funds is growing perilous; some particularly fragile schemes have even taking to selling credit default swaps…(3)
We can hear the first cries of danger and we are starting to see the jetty loom large. But in terms of stopping the pensions tanker before its too late… well, up to here everything is ok…
Philippe Desfossés is managing director of ERAFP, the 100% SRI Paris-based pension fund