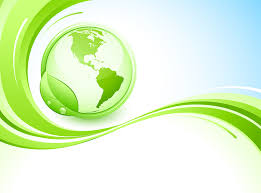 The World Bank, the European Investment Bank and the Asian Development Bank are among MDBs accused of financing almost as much in fossil fuel projects as energy-related climate finance in developing countries, in a new report by climate think-tank E3G.
The report, Banking on Reform: Aligning Development with the Paris Climate Agreement, assesses the governance, strategies and lending practices of six leading Multilateral Development Banks in relation to green finance.
The banks are: The World Bank Group, the European Investment Bank (EIB), the Inter-American Development Bank (IADB), the African Development Bank (AfDB), the Asian Development Bank (ADB) and the European Bank for Reconstruction and Development (EBRD).
E3G claims that – based on 16 assessment categories – the EBRD is the least aligned with 2°C climate ambitions, on average. While none of the six were found to be in harmony with the Paris target, the IADB was leading, followed by the EIB and World Bank, which were both found to be performing “reasonably well”.
However, when it comes to energy-related financing being provided in developing markets, the report highlights “particularly diverse” scores on climate alignment. Based on 2015-2016 data, largely from secondary sources, four of the six MDBs are accused of financing fossil fuels to almost the same level as green projects and initiatives – sometimes more.
The ADB was the only bank accused of financing less ‘green’ than ‘brown’, at a ratio of 0.9:1. The other three “laggard” banks were the EIB, whose financing in developing markets is evenly split between green and brown; and the World Bank Group and the EBRD, which both have a green:brown financing ratio of 1.2:1.
The IADB and the AfDB were found to be aligned with Paris climate goals with regards to their energy financing ratio.
The authors of the report note the “limited transparency of project-level data” from the MDBs, which they say restricts their ability to assign robust scores.They urge the MDBs to “self-report” in line with the recent recommendations from the Task Force on Climate-Related Financial Disclosures, to improve future transparency.
A spokeswoman for the EBRD said that whilst it welcomes input from civil society organisations, it “distances itself from the E3G analysis and its conclusions”, which it said was “based on outdated information and…conducted without inclusive engagement”.
“The EBRD believes that the methodological approach of the E3G analysis does not reflect the Bank’s achievements and its leading role in mobilising climate finance,” she told RI, adding that it plans to begin publishing project-level information as soon as appropriate metrics are available – which it is “taking a very active part in developing”.
The World Bank, which recently confirmed that all bonds it issues will now be branded ‘sustainable’ because of the institution’s overall alignment with the UN Sustainable Development Goals, told RI that it is “committed to working with countries to transition to low-carbon energy systems and ensure that everyone around the world has access to affordable, reliable and sustainable energy”.
A spokesperson said: “Between FY2014 and FY2017, the World Bank provided more than $9.5bn in financing for renewable energy and energy efficiency. During the same period, 80% of World Bank investments in power generation have been in renewable energy”.
E3G’s Wright, a Senior Policy Advisor at the think-tank and Lead Author on the report, said the analysis “shows the banks are already funding several innovative projects to scale up climate investment – but the group of development banks must all move faster and further to help avoid the worst impacts of climate change”.

Update: Since publication, E3G has contacted RI to demonstrate that it emailed individuals within EBRD on a number of occasions in 2017 to discuss its research, and therefore refutes the comments that it was “conducted without inclusive engagement”.