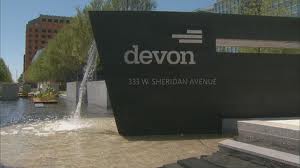 Shareholders in independent US oil and gas firm Devon Energy will, at the company’s annual general meeting (AGM) in June, vote on a shareholder proposal calling for it to disclose what it is spending on political lobbying on energy policy and climate change.

The proposal comes from Pax World, a Boston-based sustainable asset manager with $3.2bn (€2.3bn) in assets and is one of three separate motions regarding Devon’s political lobbying and future climate strategy that will be voted on at the AGM. Based in Oklahoma City, Oklahoma, New York-listed Devon is traded on the S&P 500 equity index and has around $10bn in sales.

With about two months to go before Devon’s AGM, the $160bn New York State Common Retirement Fund has filed a motion seeking details about Devon’s future climate change and energy strategy, in particular what it plans to do about the risk of “stranded assets.”

But the third motion from Pax World combines shareholders’ concerns about both lobbying and climate change.The proposal states: “Shareholders request that Board members commission a review of Devon’s positions, including political and lobbying expenditures, related to public policy advocacy on energy policy and climate change…and make available a report describing the review by September 2014.”

Arguing that Pax World’s motion was essentially the same as that from Connecticut, which the firm is allowing at its AGM, Devon requested permission from the Securities and Exchange Commission (SEC) to exclude it from the meeting agenda.

The SEC did not concur, paving the way for a shareholder vote on Pax World’s motion at its AGM. Devon had also sought to block the proposal from the New York pension schemes on the basis that it was too vaguely worded and an attempt to micromanage the company. Yet here too, the SEC cleared the motion for a vote.