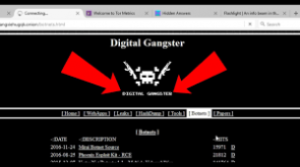 Being called “digital gangsters” by a UK Parliamentary committee must ring alarm bells, even in the most titanic of companies. Facebook, Amazon, Google and Twitter are all under assault from politicians and media pundits alike. The technological revolution has been characterized as a new age of robber barons, running rings around hapless national regulators. Events of the last fortnight indicate this age may be about to end.
When Amazon announced their intention to build a new headquarters, they had the US political establishment eating out of their hand. They created a competition between 200 cities eagerly vying for the prize – 50,000 jobs with all the knock on benefits (support industries, real estate, construction etc.). Tucson shipped a twenty foot cactus to Amazon’s Seattle HQ. The New York Governor even joked he’d change his name to “Amazon Cuomo.” It was worth it. His state and Virginia split the prize. A property boom immediately began on Long Island.
And then, the ever present Democrat Congresswoman Alexandria Ocasio-Cortez (AOC) got stuck in. She pointed out Amazon made 11 billion in profits and paid not one dime in federal taxes. Why should “corporations that contribute nothing to the pot… take billions from the public?” (New York had promised $3bn in tax breaks). She attacked Amazon for poor working conditions – citing employees having to take bathroom breaks in Coca-Cola bottles.
It worked. Last week Amazon walked away. Hurt by weeks of political criticism and bad headlines. AOC celebrated defeating “the richest man in the world” and called for the $3bn to be used to build schools and hospitals. As ever, AOC understands populism – even if her mathematics are not good. You have to receive the taxes in the first place, to then give some away. No Amazon in New York means no tax money at all.If Facebook had any schadenfreude looking at Amazon’s dilemma, they soon got a rude awakening. Spurred on by the Cambridge Analytica affair, the UK parliament‘s Digital, Culture, Media and Sport (DCMS) select committee published its final report on “disinformation.” To say it was damning is an understatement. “Companies like Facebook should not be allowed to behave like ‘digital gangsters.’” It accused the company of deliberately breaking privacy and competition law, and of failing to tackle attempts by Russia to manipulate elections.
The Russia interference question is ‘hot’ on both sides of the Atlantic. With good reason. One of the most interesting parts of the DCMS 111 page report was a table showing analysis of internet traffic to the UK government’s own published response to their preliminary report last year. It was perhaps not surprising that a chunky 18% of visitors came from London. More interesting was that this number was eclipsed by the 20% who came from Moscow. Those well-known British cities Kiev, St. Petersburg, and Novosibirsk also appeared in the top ten locations of readers.
The recommendations of the DCMS Committee are forthright. They noted menacingly: “If companies become monopolies they can be broken up, in whatever sector.” Facebook should be regulated as “a new category of tech company” that is “not, necessarily, either a ‘platform’ or a ‘publisher.’” The committee would like Facebook to “assume legal liability for content identified as harmful.” At present they are off the hook as long as they remove it.
The DCMS also addressed the political implications. “Much has been said about the coarsening of public debate, but when these factors are brought to bear directly in election campaigns then the very fabric of our democracy is threatened.” Whilst admitting change

would be hard, they at least begged for us “to ensure that we know the source of what we are reading, who has paid for it, and why the information has been sent to us.” Good advice indeed.
These conclusions were very similar to those of a completely separate UK report that also came out last week. The Cairncross Review into the future of news. It suggested that a regulator should oversee tech giants, and ensure that their news content is accurate. That sites should help users identify “fake news” and “nudge people towards news of high quality”. Witnesses to the inquiry argued that technology giants such as Facebook and Google should be compelled to pay a “licence fee” to help fund high-quality journalism.
Fake news is a global problem. That “coarsening of the debate” comes from the tech giants using unseen algorithms to prioritise certain stories, news and videos. It is what has created the “silo-ism” that has made political debate so rancorous, and encouraged more extreme political positions.
Across the world politicians are waking up to the idea that this must be stopped.
In Europe, Germany passed a law in January 2018 forcing tech companies to remove hate speech within 24 hours or face a €20m (£17.5m) fine.
As a result, one in six of Facebook’s moderators reportedly work in Germany. Google recently becamethe first company to be fined under the EU’s new Data privacy law. France’s National Data Protection Commission announced a fine of some €50m – saying the company collected and used data without permission. This could be the first of many attempts by regulators across Europe to enforce data privacy.
But it is in India that this political debate has become particularly urgent. Prime Minister Narendra Modi is proposing dramatic changes ahead of this spring’s national elections. Facebook Google, Twitter et al will be required to screen for “unlawful content or information.” Encrypted messages through the likes of WhatsApp will be outlawed.
The tech giants have responded to these moves with cries of “censorship.” But this seems rather rich to critics. They point to Google’s Operation Dragonfly. Allegedly this will allow the Chinese Government to deliberately block users from searching phrases like “human rights,” “Nobel prize,” and “student protest.” Google’s Chinese partner will inevitably also have all the users’ data. Will dissidents be at risk?
Stung by headlines on ethical issues, investors are starting to get concerned. The direction we are heading in is becoming clear. As the DCMS committee noted – “protecting our data helps us secure the past, but protecting….. (AI) is what we will need to protect our future.” Titans beware.