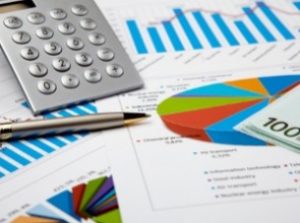 The International Integrated Reporting Council (IIRC) has reconvened the eight participants of the Corporate Reporting Dialogue (CRD), all of them main financial and non-financial reporting players, to work on a so-called Better Alignment Project to harmonise their standards and frameworks.
The two-year project, which has funding from Bloomberg Philanthropies, builds on The Landscape Map and the Statement of Common Principles of Materiality, the first initiatives launched by the CRD to align the work of its participants and observers (for full list, see right).
A first step of the project will see SASB, GRI, CDP and CDSB mapping their frameworks against the recommendations of the Task Force for Climate-related Financial Disclosures (TCFD), with initial findings expected by the third quarter of 2019.
“We have heard and share the market’s concern about the fragmented reporting landscape and we are committed to do something about it,” Mardi McBrien, CDSB Managing Director, told RI in a statement.
In an opinion piece published today, IIRC’s CEO Richard Howitt quotes the 230 corporate sustainability standards initiatives identified by the International Trade Centre, an “alphabet soup” in which “businesses are choking”.
Different studies by the OECD, CDSB, KPMG and the PRI have provided figures that range from 300 to 400 initiatives.
According to Howitt, the ultimate aim is not simply alignment of sustainability reporting frameworks, but “the genuine integration of financial and non-financial reporting”.
As such, the announcement of the CRD stressed that the project will be undertaken “with the overview of financial standard-setters”.
As reported by RI, the involvement of the mainstream financial accounting standard-setting bodies (IASB and its US opposite number FASB) has been a long-standing call from the investment community and others to ensure comparability and coherence.
CalPERS’ Board Governance and Strategy Director, Anne Simpson, has suggested that the IASB is well placed to bring clarity among the current “profusion of experiments”.
Accountancy Europe, the federation of professional bodies, has called for a more prominent role of the IASB in this area to maintain the relevance of its own accounting standards.
The PRI has stated that ESG factors “should be treated consistently with traditional financial reporting” and it has encouraged an “enhanced” accounting disclosure framework by the IASB to build a uniform approach towards reporting on material climate risk in financial reporting.
The IASB, however, has made it clear that its role remains related to pure financial reporting as opposed to “wider corporate reporting” under which it places ESG reporting.The furthest the IASB intends to go is to update the guidance for management commentary, the narrative reporting that provides additional context to understand companies’ financial statements.
RI has asked Securities and Exchange Commission’s Chief Accountant Wesley Bricker whether FASB should be given a broader mandate to set sustainability reporting standards. He told RI that general purpose financial reporting and sustainability reporting should be kept “distinct without merging the two”.
Former board member of FASB, Marc Siegel, also shared his personal opinion with RI about whether FASB should have a role in sustainability disclosures, for whom there is a “not a simple yes or no” answer.
Fittingly, a debate at the Oxford Union will next month discuss the motion: “This House believes that corporate sustainability reporting should be mandated, and standardised by FASB and IASB, for it to be most useful for investors.”
Among the speakers arguing in favour of the motion are Anne Simpson and Ian Mackintosh, Chair of the Corporate Reporting Dialogue who is also a former IASB Vice-Chairman; and against it former FASB Chairman, Bob Herz.
The debate will be informed by an academic paper co-authored by professors Robert Eccles and Richard Barker entitled “Should FASB and IASB be responsible for setting standards for non-financial information?”
Meanwhile SASB has today launched its long-awaited codified and definitive standards at a London Stock Exchange’s open market ceremony, which signals its ambition to become a global player beyond the US market.