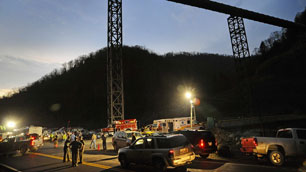 Barbara Judge, a director of controversial US mining company Massey Energy, has been named as chairman of the UK’s Pension Protection Fund, the UK’s protection for members of defined benefit occupational pension schemes.

Massey owns the Upper Big Branch mine in West Virginia where 25 people were killed in an explosion this week, the worst mining disaster in the US for over 25 years.

Judge, who also chairs the UK Atomic Energy Authority and the School of Oriental and African Studies, has been an independent non-executive director at Virginia-based Massey since February 2008.

The accident saw Massey’s shares plunge amid claims that Massey had put profits before safety, which it denies. Standard & Poor’s placed its BB- credit rating on watch for a downgrade as a result of the incident. US union body the AFL–CIO said the incident was “the inevitable result of a profit-driven system and recklesscorporate conduct”.
The AFL–CIO pointed out that Massey and chief executive Blankenship have been cited for over 450 safety violations at the mine and that Massey paid over $1m in fines in the past year.

Prior to the explosion, Massey had a “CCC” rating, the lowest possible, from research firm RiskMetrics – who cited a culture of covering up leaks and lack of safety procedures as a risk to investors.

The Department for Work and Pensions said Judge will take over from current PPF chairman Lawrence Churchill on July 1, with Churchill going on to chair the NEST Corporation, the UK’s new pension scheme for low earners.

Judge is a former deputy chair of Friends’ Provident and non-executive director of United Asset Management. Her appointment to the PPF will be for an initial period of three years; she will receive a salary of £60,000 (€68,500) for two days per week.