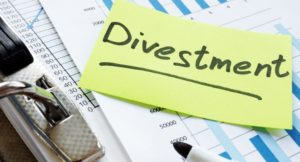 Members of the Universities Superannuation Scheme (USS) are seeking permission from the UK’s High Court to sue the directors of the £82bn pension scheme, accusing them of having breached their duties in four ways, including by staying invested in fossil fuels.

On Saturday, members announced that they had issued proceedings at the High Court, the third highest court in the UK, and notified USS.

The members have filed what is called a “multiple derivative claim”. Dr Ewan McGaughey, a Reader in Law at King’s College London and one of the academics behind the campaign, explained that: “We’re applying to stand in the shoes of the company – USS Ltd – to sue the directors. So, in fact, it’s not us suing USS, it’s us acting as USS (if we get approval) to sue for breaches of directors’ duty.”

Four specific claimed breaches are identified by the members, one of which is alleging that USS’ failure “to divest fossil fuels has caused, and will continue to cause significant financial detriment, and is against the interests of the beneficiaries”.

The three other claims focus on accusations of a “flawed” 2020 valuation of the pension fund, "discriminatory” proposed cuts to pensions, and costs, including asset manager fees, which the members say have ballooned from £40.6m to £160m between 2008 and 2020.

A spokesperson from USS told RI that it would not be appropriate for it to comment on the legal proceedings.

According to the campaigners, the USS constitution is such that there is no mechanism for members or employers to remove directors. Therefore, they say the legal route is the only means open to hold them to account.

The beneficiaries’ case also includes the group’s CEO, Bill Galvin, who is classified as a ‘shadow director’, since he is not technically on the board. The members, however, accuse him of being “responsible for many of the failings” at the fund.

The academics are being represented by David Grant at Outer Temple Chamber.

McGaughey told RI: “We want to reach a positive outcome, because everyone's money should be used for good. Sustainable social security, democratically governed, for a living planet. We're confident that these are the values that the vast majority of people at work in universities support, and we call upon the managers of USS to do their job, and change.”

RI understands that it could take up to a month for the High Court to give permission for their case to be reviewed and granted permission to proceed to trial.

The issue of divestment has once again risen up the agenda of investors. Last week saw a flurry of announcement from French financial giants and pension funds ahead of COP26 in Glasgow this week.

On Friday, for instance, French public pension scheme Ircantec announced it would start to exclude fossil fuel companies refusing to adopt sectorial best practices, such as those without 2030 thermal coal phase out plans and those who “continue to exploit unconventional oil and gas reserves”. The €11bn fund said that divestments formed part of its plan to align its portfolio with a 1.5°C scenario.

On the same day, French insurance giant Axa revealed that it too had strengthened its oil & gas exclusions with a focus on “unconventional activities and new greenfield explorations”.  NGO Reclaim Finance, acknowledged that Axa was the first major insurer to adopt an oil and gas policy but estimated that the new policy covers “43.5% of currently planned oil and gas expansion and allows AXA to continue insuring 56.5% of planned oil and gas expansion”.

Earlier in the week, Caisse des Dépôts, the French government investment fund, said that it would “accelerate” its oil & gas exclusion policy for listed companies without credible climate risk strategies, focusing on “objective” areas such as capital expenditure and 1.5°C alignment. The investment arm of the French state also said that it plans to maintain a “minority stake in a limited number of companies in this sector” in order to continue to engage with them.

The six largest French banks, including Crédit Agricole, announced in October through the French Banking Federation that they would no longer finance, as of 2022, companies and projects whose share of “unconventional hydrocarbons in exploration and production (shale oil, shale gas and oil sands) would be greater than 30% of their activity”.