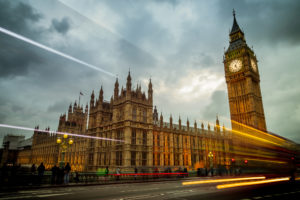 The divestment of “ESG-unfriendly” assets should always be a last resort, according to a report by the UK’s All-Party Parliamentary Group on Environmental, Social, and Governance (APPG ESG).

Recommendations on standardising and regulating ESG performance and assessment, and defining impact in the UK is the result of two roundtable discussions held either side of COP26, which were attended by representatives from companies across a range of industries, including Nationwide, KPMG, EDF Energy, PwC, MSCI and CBRE Global Investors.

Delivered to government departments and industry stakeholders on Wednesday, the recommendations aim to join the dots between British businesses’ and parliamentarians’ respective views on ESG performance indicators and assessment metrics.

In response to the publication, James Alexander, chief executive of the UK Sustainable Investment and Finance Association (UKSIF), tells Responsible Investor: “It is touching on some of the big topics we’re discussing with members and looks at ESG in the round, rather than just on climate change. I also think it’s important to have the APPG as we’re getting cross-party perspectives and dialogues – net zero is not going to happen if just one or two parties are looking at it. There’s got to be a full consensus across the political divide.”

The report includes 10 key recommendations for policymakers, touching on a range of issues, including: the harmonisation of ESG assessment metrics, the avoidance of negative impacts through ESG compliance, supporting businesses facing numerous reporting frameworks, and “responsible divestment”.

Commenting on divestment, the report describes it as a “blunt instrument” that removes the opportunity to improve an asset’s social and environmental footprint and should only be used in “extreme cases”, such as the sale of Russian assets following the invasion of Ukraine.

Boycotting is also classified as an “extreme measure”, even in the case of conflict minerals and metals or the “shocking” treatment of Uighur Muslims in Xinjiang, and their use as forced labour in the manufacture of solar cells and panels.

Rather than boycotting suppliers, the report suggests that “a more suitable approach may be for businesses to shift towards deliberate and thoughtful impact-based decisions with their future procurement and supply agreements”.

UKSIF’s Alexander is supportive of the group’s recommendations on divestment, particularly with regard to energy transition.

“If your approach to transitioning your company to net zero is to sell certain assets to another company, nothing is going to change. And if you’re selling, who are you selling to and what are they going to do with those assets?

“In addition, how can we go beyond responsible divestment to think about how we can construct and structure business models that make sense for shutting things down. At the moment that is one key area where the interests of companies and investors are not aligned with addressing climate change.”

He adds: “Of course, you don’t want to take a balance sheet right down or shut down immediately an operation, but we need to make sure there are business models that make that possible and viable.”

Divestment’s intersection with disclosure requirements was also explored by the APPG. The report notes that the government and independent regulators such as the Financial Conduct Authority have a difficult balance to strike.

“They cannot force companies not to divest; however, raising environmental regulations too high risks capital flight and divestments to undesirable new owners and jurisdictions. Disclosures need to be more sophisticated. Wider consultation is certainly needed as there are no quick fixes. It is essential that the government engages with businesses and helps them manage the transition, or phase-out.”

Moving forward, the report recommends that the government develop frameworks for responsible divestment that can be used across markets and tie into current ESG reporting.

“We support an engagement-led approach focused on driving real-world outcomes. This reinforces the need to be clear on the purpose – and limitations – of individual metrics and the value of qualitative reporting which contextualises metrics to avoid incentivising the wrong behaviour.”

Another issue explored by APPG was how policymakers can help businesses avoid actions that reduce negative impacts in one area of ESG but increase them in another. The report cited the example of a firm moving manufacturing from a country reliant on coal to one with greener energy, “only to find human rights records are poorer in the new location”.

To tackle this, it suggests that in instances where progress is made on one element of ESG, regulation should require companies to demonstrate that this does not result in negative impact elsewhere.

“This of course links to the DNSH [do no significant harm] principle of the [EU] taxonomy. Whether this idea should be a full regulation, I’m not sure. The danger is that it leads to nothing happening. We’ve got to make sure we’re not just stuck feeling we can’t do anything,” notes Alexander.

Align with the EU

With regard to EU regulation, the report notes that participants in the APPG roundtables “agreed that the UK’s forthcoming green taxonomy should be broadly aligned with the EU’s to avoid yet further confusion for businesses and investors”.

At the same time, highlighting the controversies over nuclear and natural gas in the EU’s green legislation, it argues that the UK has “an opportunity to take a cautious and ultimately more effective approach”, as well as “expanding disclosure frameworks into the oft-neglected S and G of ESG”.

The report also touches on an alleged tension between standardisation and materiality in ESG reporting, arguing that “a standardised approach to assessing risk will not meet sustainability objectives entirely”.

It calls for a sectoral approach and stresses the need for “qualitative analysis”, which it says can fill gaps that quantitative data cannot. “A qualitative approach is often critical to bridging the divide between the constructed world of metrics and indicators and the less predictable material world where change needs to occur.”

To address these issues, the APPG called for the creation of a government-led central register of material ESG concerns facing each sector, promoting qualitative consideration of real-world material impact.

“The register will play an important role in rebalancing ESG frameworks in favour of social and governance,” the report notes.

Rather than a central UK register, however, Fowler says Federated Hermes would advise using an existing framework such as the SASB Standards, which will be incorporated into the work of the International Sustainability Standards Board (ISSB) and form the basis of its industry-specific requirements.

The APPG did call on the government to support the efforts of ISSB and TCFD, to enhance mandatory disclosure needed to improve investors’ understanding of a company’s ESG risks and opportunities.

It also recommended that the initiatives should be expanded or replicated to cover social and governance, noting Mark Carney’s success with the TCFD in “communicating how climate change can pose real financial risks, strengthening the case for non-financial disclosures”.

The report adds: “Similar leadership with regards to social and governance, as well as other aspects of environmental, would be extremely welcome.”

Fowler tells RI that Federated Hermes agrees that a greater focus on social issues and related disclosure is needed.

“Measurement and reporting of social issues can be a challenge due to the lack of quantitative, science-based data and varying perceptions between jurisdictions. Reporting on social issues is therefore often based more on principles and processes than outcomes that capture the impact (positive or negative) on society.”

She adds: “Collaboration between companies, investors and policymakers is needed to help this space to mature and collectively improve our understanding, including through the development of social taxonomies and more qualitative disclosure frameworks.”

The issue of modern slavery was highlighted in the report, which called on the government to implement “amnesty periods” for companies to address reported modern slavery in supply chains.

James Corah, head of sustainability at CCLA, tells RI he welcomes this. “The fear of finding something that falls foul of well meaning regulation and legislation has often acted as a barrier to some companies being more proactive in addressing it. If implemented, amnesty periods could further unleash the power of business to address modern slavery.”

The creation of a taskforce to support British businesses in identifying and addressing the issue of modern slavery was also suggested in the report.

UK investors have been facing the issue head on in recent years. Most recently, a £9.6 trillion ($12.6 trillion; €11.5 trillion) investor initiative kicked off the third iteration of its Votes Against Slavery engagement.