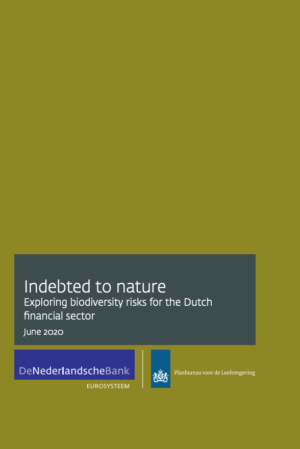 The loss of biodiversity has an impact on the economy. Firstly, the loss of biodiversity threatens the health of ecosystems that provide services to the economy, such as animal pollination of food crops, natural water treatment and fertile soil. The Global Assessment of the Intergovernmental Platform on Biodiversity and Ecosystem Services (IPBES), published in 2019, shows that a large proportion of original biodiversity has been lost in many places worldwide. For example, deforestation not only causes nature to deteriorate, it can also cause erosion of fertile soil, rendering agricultural land unusable in the long term. Second, the loss of biodiversity and healthy ecosystems contributes to accelerating climate change. Deforestation is responsible for just over 10% of global greenhouse gas emissions. Biodiversity loss is therefore considered to be one of the greatest risks to society and the economy.