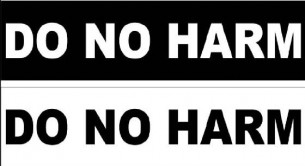 UK trades union leaders, members of parliament (MP) and pension and investment industry specialists are urging UK Prime Minister Gordon Brown to step in to oblige pension funds to insert a ‘do no harm’ clause into their statement of investment principles and to sign up to the United Nations Principles of Responsible Investment (PRI). A letter to the Prime Minister signed by John McFall MP, chair of the UK Treasury Select Committee, Terry Rooney MP, chair of the Work and Pensions Select Committee, Brendan Barber, general secretary of the Trades Union Congress, and David Pitt-Watson, chair and founder of Hermes Stewardship Services, said the proposed responsible investment initiatives would help address the practices that contributed to the current financial crisis. The statement said: “Recent events have shown how the failure to hold corporate leaders to account for their decisions about risk can have a catastrophic effect on the financial system, the economy, the corporations themselves and ultimately the well-being of members of pension schemes.” The signatories said signing the ‘do no harm’ clause would require fund managers and advisors to satisfy pension fund trustees that their investment decisions are not causing systemic harm to the global financial markets.The group is urging the government to back the proposals in the statement and, if progress is not made, to consider making the ‘do no harm’ clause a statutory responsibility for pension funds. Brendan Barber said: “In recent years some investors have taken their eye off the ball, leaving company executives to run riot with irresponsible business decisions and obscene bonus packages. At the same time, we have seen the damage done to the financial system by the unchecked use of complicated products and practices like derivatives and short-selling. These decisions have contributed to the financial mess we now find ourselves in. There has been a huge human cost too with job losses and millions of people seeing the value of their pension funds plummet.” David Pitt-Watson said: “The owners of global big business aren’t just wealthy tycoons, but ordinary savers with pensions and insurance policies. These turbulent times show how essential it is that these funds are invested responsibly. Pension trustees and the fund managers they employ need to think hard about the ways in which they invest and the impact on the financial system as a whole.”