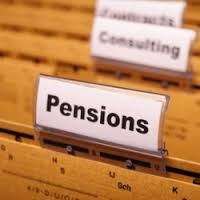 The growing dominance of low cost defined contribution (DC) schemes in the UK pension market could dilute the role of shareholder activism and have a wider impact on the UK corporate governance landscape, according to leading industry figures.

New rules for automatic enrolment, which came into effect in 2012, have had a dramatic impact on the DC pension landscape with total DC assets surging to £34bn (€39.2bn) at end-2015, compared to £23bn at end-2012, according to figures by the Pensions Regulator. The number of larger schemes with 5,000 or more members has increased by 50% in 2015, the figures showed.

“The problem for defined contribution plans is that asset management is usually outsourced – including stewardship and engagement. This is potentially problematic as not all fund managers have good stewardship capabilities or are not willing to offer bespoke stewardship policies.” said Sarah Wilson, chief executive of governance research firm Manifest.

The relentless focus on driving down costs through low-cost DC products and even passive funds had resulted in fund managers paring down their investment offering, Wilson said.

“There is a consequence of putting people on an ever lower cost route. We don’t want ownerless companies and that’s the problem we will have with DC because if it’s then left entirely to asset managers then that’s a cause for concern,” she added.

Most of the new DC money is flowing into master-trust type arrangements which involve multiple employers and where membership is set up and administered separately for each participating employer. Trustees usually hire external providers who then run the funds’ assets through pooled vehicles.

Wilson said: “For plan sponsors it all comes down to the commercial and legal agreement and the way the mandate is constructed. It’s up to the sponsor to ensure that they have an arrangement with the DC provider to have proportional direct voting.”

“In the absence of such an agreement if the fund managers themselves are not particularly active on corporate governance, the fund itself is exposed to additional risk,” she added.

“It is possible, but it is difficult as these DC schemes offer pooled funds or other similar vehicles. And large DC schemes have a very difficult job at hand – they have a very disengaged membership.“There are various levels to this disengagement as most members typically do not understand how their investments are made and may not even realise that their shares come with voting rights,” he said.

Gosling added that schemes should “pay attention” when hiring providers.

“Obviously, some providers are better stewards than others so it would benefit schemes to pay closer attention when they hire managers.”

However, one large pension scheme, which has put corporate governance at the heart of its investment processes, is the NEST pension fund. Launched in 2012, it now has assets of £1.3 billion, and incorporates ESG factors across its funds range.

Paul Todd, director of investment development and delivery at NEST, said: “Our policy is not about beating drums or telling people off, we want to work with the companies and sectors we invest in to improve long term profit and sustainability.

“We don’t have to be the biggest pension fund to be able to do this as there are smart ways of achieving change.”

One way the scheme is doing this is by collaborating with large “like-minded” institutional investors to bring about corporate governance change.

As an example, Todd said NEST had focused on four key themes – including banking culture and conduct – in its collaborative efforts with other investors.

“We met with banks to get a better understanding of best practices and put our findings to the Banking Standards Board – some of these recommendations are being taken forward,” he said. Todd said NEST is also now working with institutional investors on corporate pay and climate change.

Like other DC schemes, NEST invests its assets through pooled funds, managed externally by fund managers. But Todd said the scheme ensured it worked closely with its equities fund managers on corporate governance and voting issues.

“So while we take a very collaborative approach and there are not that many occasions where we disagree with our managers, we can override them through a ‘carve out’ clause,” he said.

Todd said that with the rise of DC, it was crucial for individual savers to take an interest in the corporate governance aspect of their investment.

“As DC become more prevalent, it is now more imperative than ever for individuals – who bear all the risk as opposed to DB where employers bear the risk – that we focus on sustainable, long-term returns for their retirement,” he added.
As the scheme grows in size, Todd said NEST would move to segregated mandates through which it could exert its own voting influence.

The scheme is also looking ways at determining how majority views of its members might be developed.

“We will look for more ways to have a two-way dialogue with our membership. This is a powerful tool to bring our members voices directly to companies we invest in.”

However, independent trustee Steve Delo warned that while a democratic say on voting would be good for members, it could also complicate matters.

“Exercising voting rights can be rather nuanced and members of schemes are unlikely to be in a position to have enough information to ever be able to come up with an adequately informed view about what might be in the interests of the scheme as a whole,” he noted.

Meanwhile, the other big player to enter the DC market is the Universities Superannuation Pension Scheme, oneof the UK’s largest pension schemes, which launched its DC platform late last year.

The USS Investment Builder also invests through pooled funds, but USS said its “commitment to voting was a focus of the ESG due diligence undertaken prior to the appointment of all the DC funds”.

A USS spokeswoman said the trustee had engaged with the managers of the pooled funds on voting approach during the due diligence process carried out before they were appointed.

“The trustee is satisfied that all managers vote their proxies. In discussion with the managers it was agreed where USS had a particular concern with a vote we would discuss that with the relevant manager in advance of the company meeting,” she added.