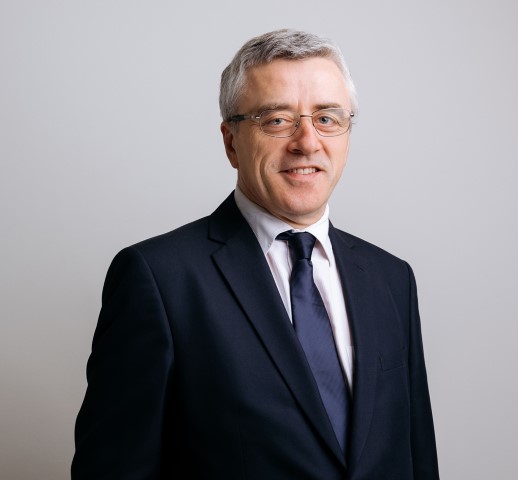 The International Organization of Securities Commissions, known as IOSCO, put out its first ever sustainable finance work plan earlier this month.

The global body, whose members regulate more than 95 percent of the world’s financial markets, has become increasingly vocal in recent months about the threat posed to investors by greenwashing, publishing two reports on the issue in November. It is no surprise then that the topic is of central concern in its recently unveiled plan.

IOSCO’s secretary-general, Martin Moloney, a former special adviser on risk and regulation to the Central Bank of Ireland, tells RI that the key to dealing with greenwashing is “good quality, comparable assured information”.

Reliable data from companies will be the “base of the inverted pyramid upon which the whole of the sustainable finance market will be built”, Moloney adds, but stresses that this doesn’t mean the industry can afford to wait for the establishment of corporate reporting standards to act.

“I think they recognise that they’ve got investment mandates today that require them to do certain things in relation to ESG criteria, and they have a relationship of trust with their clients… Therefore they need to be willing to respond and engage today to develop better ways of doing things,” he says.

IOSCO’s first November report addressed asset managers, calling for tighter regulation around product-level sustainability disclosures, while the second recommended that ESG data and ratings providers be placed under the remit of securities regulators.

Moloney says transparency with clients was at the “heart” of both reports.

“Don’t oversell your products. Don’t pretend that your products reach a certain level of accuracy. Even with the best will in the world, even if you have invested in putting in place a great ESG team and they’re doing the best research they can, you still know that there are risks, flaws and failings around the information as it stands.”

These limitations should be made evident to investors “so they can make their choices clearly”, Moloney adds.

IOSCO’s criticisms appear to have been accepted by the market. “No one has come back and said to us, ‘No, you’re wrong, the situation is significantly better than you’ve described it,’” Moloney says.

IOSCO promised a “timely and thorough review” of the draft disclosure standards from the International Sustainability Standards Board (ISSB), published today, as part of the body’s 2022 work plan. ISSB was launched in November by the International Financial Reporting Standards (IFRS) with the task of developing a global baseline for corporate sustainability reporting.

Reacting to the proposals, IOSCO said today that its “endorsement of the final standards once these are issued by the ISSB would be a landmark in sustainable finance; it would support IOSCO members as they consider how to adopt, apply, or be informed by the ISSB standards as the baseline for their own sustainable reporting requirements”.

Speaking before the draft standard was published, Moloney said he believed the “ISSB has come up with a pretty good approach in terms of enterprise value” and one that is “more complex” than some claim. Critics “seem at times to fall into the error of thinking that what the ISSB is proposing is a single materiality concept”. Single materiality is consideration of how sustainability impacts a company’s valuation.

What a universal baseline focused on enterprise value allows, according to Moloney, is different jurisdictions and regions to go further if they want to – such as the EU’s pursuit of a more progressive ‘double materiality’ approach, whereby reporting standards also seek to capture a company’s sustainability impacts.

Moloney tells RI that a global standard should not prevent jurisdictions from bolting on additional layers to their disclosure requirements, adding that based on his conversations with European policymakers that “they are not overly concerned by what the ISSB are doing” nor do they see it as “an obstacle to their ambitions”.

The difference between double materiality and enterprise value, Moloney believes, will also “shrink” as governments get more committed to sustainability investment programmes. Increasingly, he says, “the sustainability of your business model will become material to the enterprise and to its financial value”.

IOSCO also announced plans to double down on its efforts to develop assurance standards to assess the quality of corporates’ sustainability disclosures. While not quite as time sensitive as its work on the ISSB standards, “we will have to get there because there are two definite legs to the project”, explains Moloney. “One is having a standard against which corporates report, and the second is having independent assurance of the quality of that reporting.”

Moloney describes the work on corporate reporting standards as a multi-year effort. There are “many people who will say that we must move faster… [but] if we get to a point where, by 2025, we will have resolved this question of generating high quality corporate reporting on climate, I would be hugely pleased”.