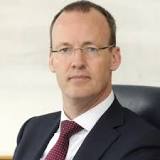 The president of the Dutch central bank, De Nederlandsche Bank, has called for the introduction of more adequate carbon pricing to provide better incentives for sustainable investment.

Klaas Knot, in a speech at the European Investment Bank’s annual economics conference in Luxembourg today, said that investment in climate change mitigation technologies is necessary to meet the Paris climate goals.

“In this light,” he said, “the evidence from the EIB report that investment in climate change mitigation in the EU has actually declined since 2012, is concerning.

“Public investment will, for instance, be needed in basic research and development. It is likely that markets underinvest in basic research due to positive externalities, which mean that private actors do not capture the full gains.”

“An important step would be to introduce more adequate carbon pricing. This would provide better financial incentives for sustainable private investments.”This also called for “pursuing a credible path towards a carbon-neutral economy that allows private actors to gradually adjust their investments”.

He recommended steps to ensure that financial regulation “does not lead to unwanted side-effects”. He added that the Financial Stability Board (FSB) is currently looking into whether financial regulations are hampering private sustainable investments.

Knot has been head of the DNB since 2011 and is on the Governing Council of the European Central Bank and is a Governor of the International Monetary Fund.

“A credible path towards a carbon-neutral economy”

He chairs the Standing Committee on Assessment of Vulnerabilities (SCAV), the main mechanism for monitoring and assessing vulnerabilities in the global financial system at the FSB. The FSB is the high-level body chaired by Bank of England Governor Mark Carney that initiated the Taskforce on Climate-Related Financial Disclosure (TCFD).

The DNB — which supervises banks, pension funds, insurers and other financial institutions — is hosting an event in Amsterdam next week with the Council on Economic Policies (CEP) think tank looking at the role of central banks and green finance.