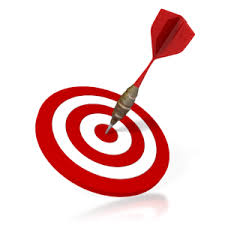 More global institutional investors have emerged as the latest supporters of the ‘Aiming for A’ climate resilience shareholder resolution at BP as the oil major’s annual general meeting gets ever closer.

New declarations of supports for the proposal – “resolution 25” on the AGM agenda – that was coordinated by CCLA and the Local Authority Pension Fund Forum (LAPPF), have come from the €424bn Netherlands-based pension investment titan APG Asset Management, French asset management giant Amundi, Germany-based Union Investment and Wespath, the US Methodists’ fund manager, RI can reveal.

The resolution, backed by BP itself and which seeks to get BP into the top band of environmental data body CDP’s A-E rankings, goes to the vote at the company’s AGM in London on April 16. It comes as influential proxy advisory firm Glass Lewis has, like its rival ISS, advised its clients to back the resolution, saying it could provide “meaningful information to shareholders”.

BP’s support for the resolution, Glass Lewis says, “demonstrates both leadership in this area and responsiveness to shareholder concerns”.

Notwithstanding the growing support, the resolution requires 75% support to go through. Other new investors who have made declarations include the Pensions Trust, Kames Capital and Sarasin & Partners.

“APG welcomes BP’s support of this resolution,” said Erik Jan Stork, APG’s Senior Sustainability Specialist. “Structural changes in the energy markets, resulting from policy decisions and technological breakthrough, can alter the long-term outlook for energy companies. We expect BP and other energy companies to take account of these changes in developing their long-term business strategies.“Sarasin said people were “increasingly astute about their power as owners” to prompt change at companies like BP and Shell. Climate change was becoming a pressing concern for many pension fund and charity clients, fielding requests from their own beneficiaries.

The new declarations follow similar support from the likes of Aviva Investors, Jupiter Fund Management, Schroders and the Universities Superannuation Scheme (USS) in the UK and Europe-based institutions Natixis Asset Management, Denmark’s PKA Denmark and Robeco.
Bill Seddon, CEO Central Finance Board of the Methodist Church and Chairman of the £15bn Church Investors Group said: “We’re aware that some large UK investors in BP haven’t been able to declare their votes in favour of resolution 25 yet.

“An early Easter has made it difficult for exceptions to non-disclosure policies to be signed-off. Church investors are, however, delighted to hear that they will be joined by major insurance companies, pension funds and fund managers at BP’s AGM next week.”