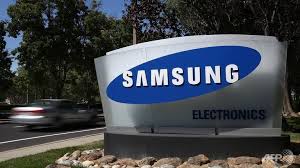 Dutch pension investment giant APG has, through engagement, succeeded in getting Korean technology firm Samsung to have its financial results signed off by an independent auditor for the first time ever.

Listed companies in South Korea typically publish their financial results in the local language and do not have them audited. This poses a huge problem for foreign investors in the companies, as they often cannot understand the results nor be sure of their accuracy prior to being asked to vote on them at annual general meetings (AGMs).

In the case of Samsung, APG, which owns around €1bn of its stock, began engaging with the company to change this market practice so that it could, with confidence, vote on its results. APG’s engagement was led by YK Park, a Korean national who works for the Dutch asset manager in Hong Kong and is part of APG’s sustainability and governance team led by Claudia Kruse. Also partaking in the discussions with Samsung were several other unnamed investors and the Asian Corporate Governance Association (ACGA).
The upshot of all this was that ahead of its AGM for 2014, Samsung provided in the proxy materials astatement in English by auditors confirming the accuracy of the firm’s financial results. The AGM was held last month.

APG’s Kruse welcomed the step, saying it was particularly significant “because Samsung is the largest company on the Korean Stock Exchange and hence setting an example for others. Meanwhile, APG continues to engage with other major listed companies in South Korea to get them to follow Samsung’s example.”

The event marks the second time that APG’s efforts have made a difference at Samsung. Last September, the Dutch asset manager said the Korean firm had agreed to review the working conditions at its production facilities and unveil an action plan for preventing child labour.

APG has €350bn in assets under management, €300bn of which come from Dutch civil service pension scheme ABP. The other €50bn comes from four pension schemes from the Dutch construction sector. The asset management giant is one of eight interviewees to be featured in an upcoming RI Insight Report on the Netherlands.