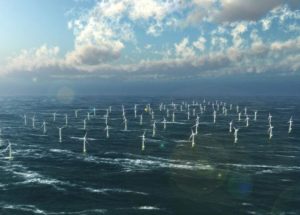 PGGM, the Dutch pension investor with €200bn in assets, has made its third wind power investment to date, becoming a co-investor with Australian investment bank Macquarie in Baltic 2, a 288MW German offshore wind park that is about to go on stream.

It comes as the White House has announced that a host of pension funds and endowments had teamed up on a new $1bn clean investment initiative.

PGGM said it had taken a “sizeable portion” of a 49.9% stake in the wind park that Macquarie obtained last January for €720m. PGGM did not say how much its share of Baltic 2 was worth. Energie Baden-Württemberg, the German energy firm that developed the wind park, retains a 50.1% stake in it and will operate the facility.

Scheduled to be operational later this summer, Baltic 2 will supply up to 340,000 households with power. According to PGGM, this will result in savings of 900,000 tonnes of CO2 emissions annually.

“With Baltic 2 we will realise a good financial return and with our investments we can take a next step in helping to make Europe’s energy infrastructure more sustainable,” said Frank Roeters van Lennep, Head of Infrastructure at PGGM. The return PGGM expects was not disclosed.

As with other renewable projects, Baltic 2 benefits from Germany’s system of fixed feed-in tariffs that are financed with public money. In the case of the wind park, the three owners have been guaranteed a fixed price for the power generated for 11 years as well as a floor on the market price for nine years after then.Baltic 2 is PGGM’s third wind power investment to date. The others are an investment in a 750MW offshore wind park in the UK (Walney) and its involvement in a consortium financing a 396MW wind park in the southern Mexican state of Oaxaca. Construction of the facility was supposed to begin in late 2013, but protests from the local population over land-lease terms have put the project on ice. According to PGGM, the consortium is looking for a new site within Oaxaca to build the facility. All told, the Dutch pension investor says it has invested €900m in renewable infrastructure to date.

In other renewables news, the Obama Administration announced
late yesterday (June 16) that a host of pension funds and endowments had teamed up to create a new investment intermediary to target US-based companies and projects which “could produce impactful solutions to climate change.” The move is intended to support the Administration’s efforts on the climate change front.

The new intermediary will be capitalised with $1.16bn (€1.03bn), including $500m coming just from the University of California. The New Zealand Superannuation Fund is contributing another $350m, followed by the Alaska Permanent Fund ($200m), US financial services firm TIAA–CREF ($100m) and $10m from Tamarisc, a California-based venture capital firm.

The Obama Administration also said the so-called ‘CREO Syndicate,’ a coalition of family offices, financial advisors and other investors that have $50bn in assets between them, would invest a total of $4bn to clean energy and the environment by 2020.