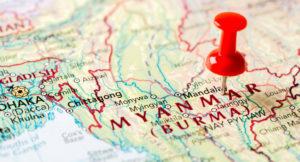 Dutch pension funds ABP and PFZW have been accused of having $2bn invested in companies with alleged links to Myanmar’s military by campaign group Justice For Myanmar.

The pair, who run their money through dedicated asset managers APG and PGGM, respectively, reportedly hold 20 firms that have direct or indirect links to the country’s military and state entities. Last month, Myanmar was subject to a violent coup led by its military, which has resulted in democratic institutions and processes being shut down, media outlets closed, elected political leaders being arrested and more than 500 civilians being killed.

ABP is the €458bn Dutch pension fund for government and education employees, whilst PFZW is the scheme for Dutch healthcare workers run by PGGM.

The companies identified have been split into two categories: nine that allegedly have a “direct and long-term relationship with the Myanmar military or military-controlled businesses”, predating the takeover, including Adani Ports and Special Economic Zone Ltd, Bharat Electronics, Hilton Worldwide Holdings Inc and Posco; and 11 accused of having a “direct commercial relationship with Myanmar state-owned enterprises” that came under military control following the coup, including Chevron, Eni, Shell, Total and Woodside Petroleum.

“It is shocking that while the Dutch government supports Gambia’s complaint against Myanmar for the crime of genocide, Dutch pension funds are profiting from the Myanmar military’s crimes against humanity and abhorrent violence against the people,” said Yadanar Maung, Spokesperson for Justice For Myanmar, referring to a recent intervention by the Netherlands and Canada in a legal case at the International Court of Justice. “Dutch pension funds must immediately divest from companies that have direct links to the Myanmar military.”

The campaign group says that “given the longstanding and irresponsible ties between the nine companies in Category One and the Myanmar military, the pension fund asset managers should divest immediately”.

With the second category of companies, investors should “conduct meaningful, timebound engagement”, the report said.

In response to Justice for Myanmar's claims, APG told RI: “We have contact with worldwide companies that directly or indirectly supply the government / military personnel and, where necessary, start an engagement. Our largest client ABP has respect for human rights as an important precondition for sustainable and responsible investment. For this reason, we actively engage with a number of these companies”. It added APG does not invest in Myanmar sovereign bonds or Myanmar companies.

PGGM said: “PGGM is not directly investing in the Myanmar government, we have excluded Myanmar’s sovereign bonds from investment. We are studying the content of the report that mentions several PGGM investments linked to Myanmar and will assess how this relates to our responsible investment policy. We have not yet reached conclusions [on] what actions to take. According to our policy, companies who are directly and structurally involved in very serious incidents could be excluded from investments. Those decisions are based on data PGGM regularly gets from our external data provider.”

Maung added that the Dutch government should urge the EU to impose immediate sanctions against the Myanmar military, their businesses and significant business associates, and to advocate for a global arms embargo.

At the end of February, the Myanmar Centre for Responsible Business coordinated a statement between multinational and Myanmar businesses, including Adidas, Eni, Facebook, Total, and Woodside Petroleum, regarding the coup.

The statement said: “We have always sought to operate in Myanmar transparently, and in line with core ILO Conventions and the UN Guiding Principles on Business and Human Rights. We believe our business presence, practices, and advocacy for a level playing field for all businesses, and our commitment to international human rights standards contribute in a significant way to the journey of openness and democracy in Myanmar.