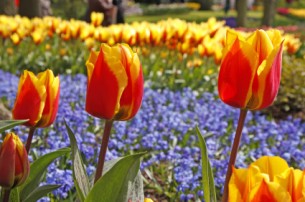 SRI assets under management in the Dutch market have increased by a massive 816% in just two years from €47bn ($68bn) in 2005 to €435bn in 2007, according to VBDO, the Dutch sustainable investment organisation. The huge rise in SRI assets, it said, was due to growing public concern about the environment and awareness of social injustice, but more pointedly to the impact of March 2007’s documentary on pension fund investment made by Zembla, the Dutch current affairs programme. Zembla discovered that some large Dutch pension funds were invested in companies that polluted heavily, were involved in child labour or produced controversial weapons like landmines or cluster bombs. The programme caused uproar amongst scheme members and politicians in the Netherlands.
The VBDO said approximately €69.4bn of the total Dutch SRI tally was invested in so-called ‘core’ SRI fund investment strategies. This figure has grown by 67% compared to 2005. The remaining €366bn, it said, was subject to ‘broad’ SRI criteria, mostly comprising portfolio exclusions of companies invested in armaments manufacturers.The value of assets managed according to ‘broad’ SRI factors jumped from just €6bn in 2005, indicating the impact of Zembla on pushing some Dutch pension funds to blacklist certain companies.
Zembla had exposed the financial community to: “a level of media attention that was beforehand unheard of,” the VBDO said. Consequently, engagement with companies on sustainability issues has also recorded huge growth. The value of assets for which Dutch funds said they had lobbied company management rose from €15bn in 2005 to €240 billion in 2007. The VBDO report, which is part of Eurosif’s bi-annual European SRI Survey, 2008, showed that positive screening of companies by Dutch investors had increased less dramatically than negative screening, although still rose by 16% compared to 2005.
The report predicts that SRI will continue to gain momentum in the Netherlands as part of a society that “continues to become more aware of sustainability related challenges and feels a sense of urgency to face those challenges.” The total assets of the Dutch pensions market represented €1.09 trillion in 2007.