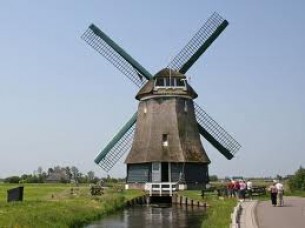 A sample survey of just over 500 Dutch pension savers has found that 86% believe their funds should be more focused on long-term returns and 70% want their retirement assets invested in a socially responsible manner; more than the 43% who said they wanted the highest possible returns for their assets. The survey was carried out by independent Dutch polling group Motivaction on behalf of Natuur & Milieu, a Dutch environmental NGO. The sample survey of 518 Dutch citizens aged between 18 and 65 was balanced for age, gender, educational level and region. It is significant in a Dutch context because many pension savers are obliged to invest their money with a particular company or industry-wide pension plan. The survey found, however, that 69% of those questioned wanted more freedom to choose their own pension fund and that 62% would like
to have more say over the way their pension investments are made.On another question, 55% of respondents said they wanted their pension fund to invest more in renewable energy and efficiency strategies, while 57% said they did not want their pension fund to contribute negatively to the environment or nature. However, a separate report carried out for Natuur & Milieu by Profundo, the Dutch research company, found that on average Dutch pension funds invest less than half a percentage of their total assets in renewable energy and have far more holdings in C02 intensive fossil fuels. Nine of the Netherland’s twenty largest pension funds responded to Profundo’s ‘Benchmark Pension Funds and Climate’ survey. Natuur & Milieu said the two studies showed that while a large number of participants of Dutch pension funds want their assets invested in a climate- and eco-friendly manner, the funds themselves did not have coherent, relevant investment policies.