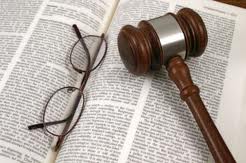 Trustees of UK occupational pension funds will have to raise their game on environmental, social and governance (ESG) issues under new regulatory guidance that hasn’t received a lot of attention so far.

They will be expected to carry out — and document — their “own risk-assessment” of “new or emerging” material ESG risks as part of forthcoming changes to the regulator’s code of practice.

It follows amendments by the Department of Work and Pensions (DWP) to the Pensions Act 2004, specifically, the Occupational Pension Scheme (Governance) Regulations 2018, which come into force on January 13 2019.

The changes will require The Pensions Regulator (TPR), which oversees the UK’s workplace pensions schemes, to update its ‘Internal Controls’ code of practice to include the provision that “where environmental, social, and governance factors are considered in investment decision”, trustees or managers of schemes should perform their own risk assessments as part of their “system of governance”.

These changes complement – but are separate from – the more widely reported ESG changes to the Occupational Pension Scheme (Investment and Disclosure) Regulations 2018 announced at the end of the summer by junior pensions minister Guy Opperman.

Following a market consultation, Opperman announced that from October 2019 UK pension funds will have to include how they take account of financially material considerations – including ESG and climate change related ones – in their Statements of Investment Principles (SIPs).

Relevant pension funds will, additionally, be required to report annually against this statement from the following year on how they have followed these investment principles, including any ESG provisions.

Stuart O’Brien, a pensions lawyer at London law firm Sackers, told RI that though the changes announced in the summer “got all the publicity”, the ones on governance could prove more “meaningful”.

This is because, O’Brien said, they require trustees to “think about ESG and climate change properly from a risk perspective and not just as a statement in investment principles”.

Risks cited in the new governance amendments, which were laid before Parliament on the 23 October (i.e. formally recognised), include references to climate change (resources and the environment), social risks, and regulatory transition risks.The changes also require TPR to include the “consideration of environmental, social and governance factors related to investment assets in investment decisions” more broadly as part of an “effective system of governance” in its code of practice.

O’Brien described the changes as a slight “IORP II fudge”, which will consolidate the UK’s “existing regulatory architecture” in an updated version of the TPR’s code of practice to meet its obligations under IORP II, the revised EU pensions directive.

The Directive on Institutions for Occupational Retirement Provision (IORP II), which includes a number of ESG provisions, is a revised piece of European regulation that all EU member states must transpose into law by January 2019.

TPR’s ‘Internal Controls’ code of practice, which is not a legal requirement but a code of best practice, was last updated in 2006 and makes no reference to ESG or climate change.

Earlier this year, TPR told a parliamentary committee that it is looking at reinforcing its climate risk guidance as pension trustees fall “behind the curve” at assessing and managing climate risk at their schemes.

A spokesperson for the TPR said that “in line with their legal obligation”, it will be “undertaking formal consultation to review and update their Codes of Practice as soon as practicable”, following the changes to the regulations.

The spokesperson added: “As many schemes currently operate effective governance as a matter of good practice they will only need to begin formally documenting their existing practices in order to comply with the UK legislation which implements IORP II.”

A spokesperson for the DWP told RI: “The amendment to The Pensions Act 2004 will require trustees to have an effective system of governance that is proportionate to the complexity and risk profile of their scheme. As part of looking at their system of governance, schemes will be required to record within their own risk assessment how it includes consideration of environmental, social and governance factors related to investment assets in investment decisions”