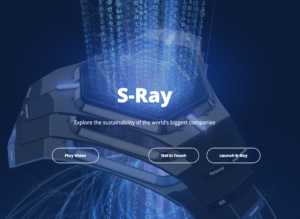 The German State of Hessen and three of Germany’s leading financial players have acquired a $20m (€17.8m) stake in Arabesque S-Ray, the Frankfurt-based ESG-scoring provider.

Allianz X, an investment arm of the insurer Allianz, Commerz Real, a subsidiary of banking group Commerzbank, and DWS, the former Deutsche Asset Management, were named in the deal, with DWS revealing its stake to be 2.68%.

The State of Hessen, home of Germany’s financial capital Frankfurt, has made a push on sustainability in the recent years and in May became the first state in Germany to sign up to the Principles for Responsible Investment (PRI).

It is also the lead of the Green and Sustainable Finance Cluster, which is currently working on how to implement the recommendations of the TCFD in German financial institutions.

The new “strategic partnerships” with Arabesque aim to “accelerate” the growth of S-Ray as a global ESG data provider.

DWS also revealed plans to further collaborate with Arabesque, including entering into exclusive talks with the firm about a potential minority stake in the firm’s AI Engine.

Arabesque S-Ray claims to monitor ESG related factors of over 7,000 companies using what it describes as “machine learning and big data”, covering over 200 ESG metrics.

The board of Arabesque is chaired by former UN Global Compact Executive Director Georg Kell and includes figures like Barbara Krumsiek, the ex-CEO of SRI firm Calvert Investments, human rights figure John Ruggie and Yolanda Kakabadse, the former President of the WWF International. It has a similarly high powered Advisory Board plans to use S-Ray as an additional source for its own “ESG Engine”, according to its press release.

Both the world’s biggest pension fund and one of the largest custody banks currently use S-Ray.

Japan’s $1.4trn Government Pension Investment Fund (GPIF) confirmed it has appointed Arabesque to provide data to help it measure ESG performance in May 2018. And in November 2017 State Street entered in to what Arabesque described to RI as a “partnership” with the US based giant allowing it offer S-Ray as part of its ESG Solutions business.

“Investors, however, need to be able to recognise whether their investments are indeed sustainable or simply a product of “greenwashing”,” he added.

“Transparent criteria and tools for decision-making are therefore crucial elements in attracting private investment. That is one of the goals of ‘Green Finance Clusters Frankfurt e.V.”

“Sustainability is shaping the future of every major company across the world, as well as the actions of investors with trillions of dollars of assets under management” added Andreas Feiner, CEO of Arabesque S-Ray.

“We are thrilled to welcome DWS as investor in Arabesque S-Ray, and look forward to working together to lead the market in the adoption of ESG data technology.”