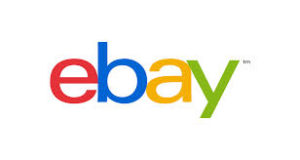 Arjuna Capital, the US socially responsible investor campaigning to promote equal pay among men and women at major US tech firms, says a proposal at eBay regarding the issue came close to getting a majority of shareholder support at the firm’s annual general meeting (AGM) on Wednesday (April 27).

As a consequence, eBay Chief Executive Devin Wenig has promised to find out whether women at the company are being paid less and publish the results of the investigation in October. Wenig also said if there is an issue with gender pay, eBay “will fix it.”

During Wednesday’s vote, nearly 45% of eBay’s shareholders voted in favour of Arjuna’s proposal which asked the online marketplace to do what Wenig has promised. Excluding abstentions, Arjuna said its motion got of 51.2% the vote. The results compare with just 8% shareholder support for the proposal during eBay’s AGM last year.

“Investors are no longer putting up with the status quo, which is resoundingly clear from today’s momentous vote to close the gender pay gap at eBay,” said Natasha Lamb, Arjuna’s Head of Shareholder Engagement. “It is time for companies like eBay to step up, be fully transparent and pay women a fair wage.” Arjuna’s proposal at eBay was co-sponsored by fellow SRI investor Pax World Management and prior to the AGM, received support from influential proxy firm ISS.San Jose, California-based eBay is the latest US tech company that has promised to look into the gender pay gap issue and, if necessary, deal with it as a result of Arjuna’s campaign. The others are Expedia, Amazon, Apple and Intel. “All of these companies reported that the gender pay gap is closed or will be closed shortly,” said Arjuna.

Arjuna’s campaign for equal pay continues at Facebook, Google and Adobe, the latter of which succeeded in excluding its shareholder proposal in January on a technicality. One reason for Arjuna’s campaign is a study from a recruiting firm that says men in the IT field were paid $10,000 more than women in 2014.

Arjuna, a wealth management venture, was started in April 2013 when two former executives at Trillium Asset Management, Adam Seitchik and Farnum Brown, teamed up with the Baldwin Brothers. Seitchik is Arjuna’s Chief Investment Officer, while Brown is its Chief Strategist. Lamb joined Arjuna from Trillium in September 2013.

According to Seitchik, Arjuna and Baldwin Brothers co-manage two funds that invest in private debt and equity. The partners have $1bn (€877m) in assets between them. “Our mission is to give our clients the experience of transformational capital so that they see their money not only working for them but also for positive change in society,” says Seitchik.