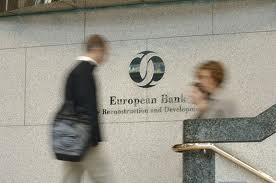 The European Bank for Reconstruction and Development (EBRD), which was created to support the transition among former Communist countries to a market economy, has adopted a sweeping environmental and social policy regarding all projects it finances.

In a document released after EBRD’s Board approved the policy last week, the bank stated: “EBRD believes that environmental and social sustainability is a fundamental aspect of achieving outcomes consistent with its transition mandate and recognises that projects that foster environmental and social sustainability rank among the highest priorities of its activities.”

As a result, the London-based bank said that it would require its clients to respect human rights; request that clients embrace gender equality; avoid projects that lead to evictions; and support “no/low carbon investments and climate-change mitigation and adaption opportunities, as well as identify opportunities to reduce emissions in EBRD-supported projects.”
As a signatory to the European Principles for the Environment, the bank also pledged to promote theadoption of EU environmental standards among the projects it finances. “When host country regulations differ from EU standards, projects will be expected to meet whichever is more stringent,” the EBRD said.

The EBRD’s new social and environmental policy comes one year after its decision to pull out of a dam project near Dubrovnik, Croatia due to its negative environmental impact. The development bank had pledged to provide 80% of the financing for the €152m project, though made that support dependent on an environmental study. The study found that the dam would have destroyed protected animal habitats.

Another recent sign that the EBRD has become greener is its issuance of so-called “environmental sustainability bonds.” Last September, the bank issued $250m (€182m) worth of these bonds, which are rated triple ‘A’ and expire in April 2018.