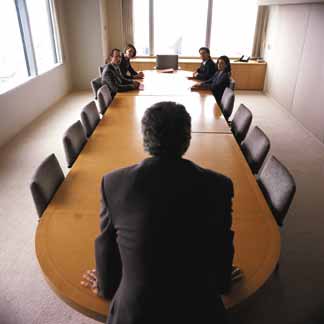 The European Commission is seeking a “critical mass” of shareholders who are willing to take engagement with companies seriously.
“Shareholder oversight is one of the checks and balances in the corporate governance system and is an essential tool to hold management accountable for its decisions and actions,” the Commission says in documents accompanying its new Green Paper on Corporate Governance.
“The purpose of this consultation is to find ways to encourage the presence of a critical mass of shareholders willing to take their engagement responsibilities seriously.”
It has identified boosting shareholders’ involvement in corporate governance and their interest in sustainable returns and long term performance as key elements in the long-awaited consultation paper published today.
“We need company boards to be more effective and shareholders to fully assume their responsibilities,” said Internal Markets Commissioner Michel Barnier.
The 21-page document looks at the fundamental relationship between institutional asset owners and fund managers.
The Commission states its belief that “short-term incentives in asset management contracts may contribute significantly to asset managers’ short-termism, which probably has an impact on shareholder apathy”.
So it is asking whether it should address the incentive structures for, and performance evaluation of, asset managers managing long-term institutional portfolios.It adds: “Should EU law promote more effective monitoring of asset managers by institutional investors with regard to strategies, costs, trading and the extent to which asset managers engage with the investee companies?”

The document also raises questions about the role of proxy advisors, suggests greater scrutiny on the ‘comply or explain’ model and asks whether it should be mandatory for companies to put remuneration to a shareholder vote. It looks at ways to reduce barriers to cooperation between shareholders.

“We need shareholders to fully assume their responsibilities”

In all, the Commission is seeking input on 25 questions. Among the topics that are also up for discussion is corporate governance at unlisted companies, the division between CEO/chairman and gender diversity. It asks respondents if there should be rules limiting the number of non-executive directorships that can be held by an individual.

The Commission recognises the benefits of “clearer and more uniform” rules on acting in concert would help shareholder cooperation.

The text asserts that the ‘comply or explain’ model has “important shortcomings” and that some adjustments are necessary. Although it is not proposing altering the fundamentals of the model, it suggests that monitoring of governance statements could be improved by defining them as regulated information under the existing Transparency Directive. These could then be overseen by regulators or stock exchanges.
The Commission also warns that the various stewardship codes under development in EU member states may have “limited” effect as they won’t remove underlying short-termism.
The consultation runs until July 22, with a feedback statement summarising responses due in the autumn. Only then will a decision be made on whether legislation is necessary.