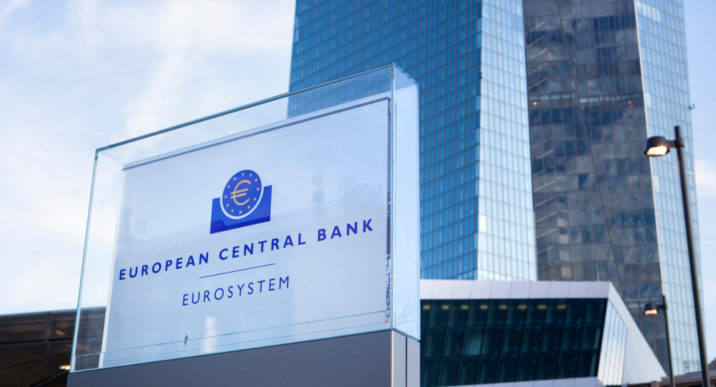 The European Central Bank (ECB) has announced it may consider halting investments in bonds issued by climate laggards as it introduces a climate tilt to its corporate bond purchases.

While the ECB said it is not currently foreseen that a low climate score “will trigger sales”, purchases of low-scoring issuers will be constrained “or even halted” until scores improved.

The key factor in the tilt is climate disclosures, with issuers that do not disclose their own emissions given a lower score in the emissions metric and the lowest possible score in the targets metric. Estimated or modelled data will not be used, with higher scores awarded for “high-quality” GHG disclosures.

The emissions metric will look at Scope 1 and 2 data on a firm level, and Scope 3 data on a sector-wide basis, with issuers compared against industry peers as well as the ECB’s investment universe. The targets metric will score firms with ambitious targets higher, particularly if they are science-based and validated by a third party. Companies lacking concrete short-term targets will be awarded the lowest score.

Firms that perform well on an aggregate scoring of the three metrics will receive a greater weighting in the ECB’s benchmark. Crucially, issuers with the lowest scores will also have maturity limits placed on the purchases of their bonds, which the ECB said would mitigate longer-term exposure to transition risks.

The new methodology will be applied to all purchases settled from the start of October. The bank will publish climate-related information on its holdings from the first quarter of 2023, as well as reporting on “progress towards alignment with the goals of the Paris Agreement”.

Jo Richardson, head of portfolio analysis at climate-focused thinktank the Anthropocene Fixed Income Institute (AFII), said the combination of emissions and targets in the tilt would allow capital to be allocated to strong transition issuers, and not just existing low-emission issuers.

Richardson expects the combination of adjusted primary market bids from the tilt and the maturity limit on bonds will lead to an adjustment in cost of capital for emissions-intensive issuers. AFII research published today indicates that, had the ECB applied its climate tilt from 2017, it would have improved returns by 10 basis points.

Rick Stathers, senior GRI analyst and climate specialist at Aviva Investors, said that while the scores capture some elements of decarbonisation risk, they fail to take into account physical, stranded asset and liability risk. “While just having a focus on emissions indicators is a good start, we believe [the model] will need to evolve to capture the intricate nature of the response that is need to tackle the climate crisis,” he said. Companies which have not taken action to reduce their emissions or set tokenistic targets could in theory see an increase to their cost of capital, he added.

Further details on the tilt came as S&P Global Ratings slashed its February forecast for sustainable debt issuance almost in half, to $865 billion. S&P had forecast $1.5 trillion for the year, but said weaker issuance trends from the first half of the year would continue into the second.

The only type of ESG-labelled bonds that saw growth in the first half of this year were those linked to sustainability, where volumes have increased 18 percent versus H1 2021. Meanwhile financial services was the only sector to raise more money from sustainable bonds in the first six months of this year than in 2021, with issuance up 11 percent.

However, S&P said the ESG-labelled bond market had shown resilience and is “expected to contributed a stable share to global debt issuance this year”.