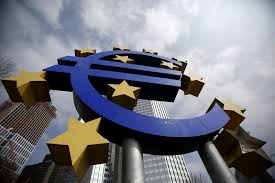 A new expert group is being set up by the European Capital Markets Institute (ECMI) think tank with a wide-ranging brief to look at the future of Europe’s capital markets, including a detailed look at short-termism.

The European Capital Markets Expert Group (ECMEG) will include experts in international finance from policy-making institutions, academia and industry “with the aim of making a long-term contribution to EU policy-making in the area of capital markets”.

The group will be chaired by Francesco Papadia, the former Director General for Market Operations at the European Central Bank. He is the current chair of the Prime Collateralised Securities initiative asset-backed securities trade group. ‘Rapporteurs’ for the new body will be Karel Lannoo, the chief executive of the Brussels-based Centre for European Policy Studies (CEPS), which houses the ECMI, and Diego Valiante, Head of Capital Markets Research at CEPS and the ECMI’s Head of Research.

It’s planned that the group will hold its first meeting on November 19 to set out its agenda, scope out its report and discuss the initial topic of ‘capital on the move’.

It will then move on to short-termism in January, with other meeting topics set to include ‘the changing face of financial (dis)intermediation and trading technologies’ (February) and the competitiveness of European capital markets (March). The group will issue a final report in the second quarter of 2015.The short-termism event will focus on three specific areas: 1) Is short-termism driving asset allocation and how does it impact the governance of financial and non-financial institutions? 2) How can capital markets interact with monetary policies to foster long-termism? 3) What are the guiding principles for developing a financial system that is more oriented towards the  long-term?

The initiative follows on from an earlier task force on ‘Long-term Investing and Retirement Savings’ headed by Nordea Asset Management CEO Allan Polack that was formed in 2012 around the time of the EU’s Green Paper on long-term investment. This group published its final report in September 2013 in which it urged policy-makers to act aggressively to deliver more “inclusive, efficient and resilient” retail investment markets that are better equipped to deliver value over the long-term for beneficiaries.

The news comes as fund firm Hermes Investment Management has released its inaugural Responsible Capitalism Survey, which aims to benchmark institutional investors’ views on responsible investment on an annual basis. It found that more than two-thirds of respondents believe pension schemes will reject a growing number of investment opportunities over the next five years if they involved ESG risks.