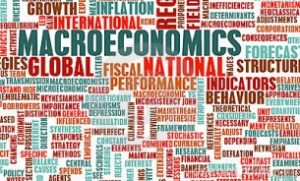 Chief economists at investment banks say their macro-economic forecast models do little to take into account so-called ecosystems services such as clean air, climate change, water availability and biodiversity despite a growing recognition of their potential impact on financial growth, according to a report put out by Schroders, the UK fund manager. The study, in collaboration with Alliance Trust Investments and Newton Investment Management, asked chief economists at UBS, HSBC, Goldman Sachs, Bank of America Merrill Lynch, Citigroup and Société Générale a series of questions around the consideration of ecosystems services in economic modelling over short- and long-term horizons and their effect on economic output, inflation and other financial metrics. Three of the six banks agreed to further discuss the questions posed. Ecosystems services have been the subject of a number of major economic reports, not least the 2006 “Stern Review on the Economics of Climate Change” which attempted to price the economic ramifications of climate change. Others include the multi-government sponsored 2008 TEEB report “The Economics of Ecosystems and Biodiversity”, the UK Government’s 2011 report “National Ecosystem Assessment”, and a 2012 World Bank report, titled “Seizing the opportunity of green development in China”, which reported that environmental degradation and resource depletion in China is valued at approximately 9% of gross national income. However, the Schroders report, titled: “Broken models: Economics and ecosystems services” said that while the investment bank economists broadly recognised that ESG issues were relevant to economic forecasts, a lack of client demand and modelling capability meant they were rarelyconsidered. The report said opinions varied among the economists as to whether this constituted a material weakness in the quality of the economic models.
Justifications included the relatively long-term (5-10 year) time horizons over which these impacts would be felt and the differing but invariably far shorter focus of their clients. The economists said existing models struggled to integrate factors for which there is no existing market or where is major uncertainty around current or future pricing. The report said much discussion was generated with the economists around analysis of the causes of climate or ecosystem service change, but that the economists preferred to ‘side-step’ the economic implications and focus on adapting to changes where they are self evident. The report said this highlighted a preferential short-term economic focus on business as usual and avoided the difficulty of selling a mitigation story to clients.
The report was put together by Rick Stathers, Head of Responsible Investment at Schroders, Ashim Paun, ESG Investment Analyst at Newton Investment Management, and Neil Brown, Investment Manager, Alliance Trust Investors. The authors said an interesting follow-on from the project would be to explore the relevance placed on changes to ecosystem services within the models employed by NGOs, government agencies, international finance organisations and companies making long-term strategy announcements and capital expenditure commitments.