Responsible Investor
Home News & Analysis Environmental Editorial: the RI industry should set up its own US version of...
Return to search
Governance 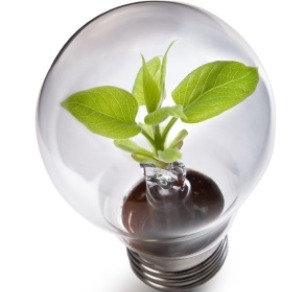 Wherever ESG professionals gather, talk will often turn to how to get the US investment ‘mainstream’ to embrace responsible investment. Indeed, it has long been a priority of the Principles for Responsible Investment (PRI) to make headway Stateside.

Increasingly part of routine discourse, in Europe at least, getting ESG onto the agenda in the US is seen as vital to getting true acceptance across the board. The first thing to point out is that, in the round, there is probably more RI activity going on in the US than is sometimes acknowledged.

To name just a few initiatives, there’s Scott Stringer’s Boardroom Accountability Project, the Harvard Shareholder Rights Project, the new Shareholder-Director Exchange (SDX) corporate-investor engagement platform. And of course there are the ongoing shareholder proposal/voting processes. It goes without saying, too, the key role of leading asset owners such as CalPERS, CalSTRS and the Florida State Board of Administration and others. And then there’s the SRI stalwarts such as Calvert, Zevin, Green Century, Walden, Boston Common, Pax World, the faith investors etc.

On top of this there’s now the likes of Vanguard making some very serious noises about corporate engagement and disclosure. State Street is backing the Project Delphi initiative. I could go on: there’s a lot of good work being done. But, the perception is however, that ESG is still only skin-deep in the US. With this in mind, here’s our modest proposal: why doesn’t the RI industry, collectively, organise a Kay Review-style investigation of the US market?

The Kay Review of 2012 has slowly seeped into consciousness and helped to frame a lot of the thinking as asset owners look at what it really means to be an investor post global financial crisis and as resource constraints and climate change loom on the horizon.

Kay’s recommendations, notably for a review of fiduciary duty and the formation of an Investor Forum, have been taken up.

But to my mind, it’s the Review’s more ‘philosophical’ analysis of the drivers of short-termism, such as looking at the principal-agent problem, the investment chain and manager incentives, that have really started to take root.

Professor John Kay is a highly respected economist and commentator: a great communicator who is seen as apolitical and ‘above the fray’. A person of similar stature would be needed to head a US equivalent. An element of the Kay review was that its panel members were respected figures drawn from along the investment chain.They included former Rolls-Royce CEO John Rose, Baillie Gifford’s James Anderson, and Chris Hitchen, CEO of Railpen and ex-chair of the UK National Association of Pension Funds (NAPF). In other words, all bases were covered.

The UK government was behind Kay, as is the Japanese government behind the similar Ito Review. Given there is little or no likelihood of the US government taking the initiative, quite simply the momentum has to come from elsewhere. That’s where the RI sector can step in.

So, our suggestion is for everybody with a stake in the good governance of companies and the wider economy – the PRI, the US SIF, the Sustainability Accounting Standards Board, the Network for Sustainable Financial Markets, the Council of Institutional Investors, to name a few (and apologies if your organization isn’t mentioned!) – to organize, on their own initiative, an overarching no-holds-barred look at the US investment system.

Now imagine that sort of heft backed up by a panel comprised of, for the sake of argument, the likes of Chris Ailman from CalSTRS, BlackRock’s Larry Fink and PepsiCo’s Indra Nooyi. Using the Kay playbook, and consulting widely, they produce a report that can get buy-in from across the spectrum of investors and corporates and which sets a framework for long-term sustainable value creation in the world’s dominant capital market.

One of the strengths of the Kay Review, in my view, was that it almost naively spelled out where the problems were. Merely by doing this it laid the ground for rebuilding. It formed a consensus and the message is now going around the globe.

And, while we’re about it, what is to stop anyone creating a US Stewardship Code? It would take work of course, but a lot of heavy lifting has already been done elsewhere. Even Malaysia has its own new code, one of a number which have sprung up following the UK model. Again, with government action unlikely, it will be up to the industry itself to set this in motion.

Critics of responsible investment can sometimes point to a lack of ‘output’. Well, here’s one ‘output’ surely all our readers would welcome. We at RI would be happy to use whatever convening power and influence we have to help make this a reality.

Is all this a pipedream? Let’s hope not.