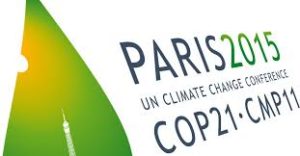 After Paris. The era of a universal climate change agreement. The era in which we know the collective will of the governments of the world is to keep the global temperature increase ‘well below’ 2 degrees Celsius and even to seek to limit warming to 1.5 degrees.

The Paris Agreement was an extraordinary diplomatic achievement. Implementing it will be an equally extraordinary and yet more unprecedented feat. It requires all of us to recognise the new era and to play our part.

Governments need to sign and ratify the Paris Agreement. They must increase the ambition of their Nationally Determined Contributions so these pledges are up to the collective task of turning round and dramatically reducing emissions. They must put in a place a stronger policy architecture to drive the transition to a low carbon economy at the urgent pace the Paris Agreement demands.

Companies must review their long-term expectations of how their businesses will develop, work up business plans consistent with a low carbon economy and then go further still and think ahead to a zero carbon economy. We need a tidal wave of innovation.

Investors must get real about integrating climate change into their investment practice.

Individuals must speed their personal journeys to low carbon lives and hold governments, companies and investors to account.

The new era is not being imposed on non-state actors. One of the reasons for the success in Paris was that non-state actors were fully involved with the Paris process. Companies and investors in their hundreds signalled that they wanted a deal. People in their hundreds of thousands marched in the capitals of the world. The Church of England’s pilgrims to Paris even walked the 200 miles from London to Paris carrying our own hopes for a deal.

What practically does this new era mean for investors?

It means that investors need urgently and deeply to consider the risks and opportunities that the Paris Agreement brings. Almost all portfolios have been built around the risk and return assumptions of the old era. Before Paris.The assumptions were that climate change would impact investment in the future, but not now; that a change of course needed action from governments, but that political leaders would not take it; that a 2 degrees world was desirable, but anything like it was impossible.

The best risk control method for investors remains not to wait and see, but to work harder than ever to make the low carbon future happen.

To strengthen engagement with companies to ensure their business plans are consistent with limiting warming to well below 2 degrees.

To focus harder on investment in low carbon opportunities and innovation.

At the Church Commissioners we are already active in all of these ways. The ‘Aiming for A’ engagement initiative in which we are involved, and which successfully filed shareholder resolutions at the BP and Shell AGMs earlier this year, is the flagship investor initiative for assertive stewardship of companies whose businesses are highly impacted by climate change. We are filing more resolutions in the mining sector for next year’s AGM and are looking for even clearer support from the investor community.

But even we were not expecting the ambition of the Paris Agreement. We will be working to ensure our portfolio is well positioned in the light of it and will revisit the ambition of our asks of policy makers and companies to continue to be at the forefront of responsible institutional investment.

Today the new era begins at investors’ desks. The era of After Paris.

Edward Mason is Head of Responsible Investment at the Church Commissioners for England.