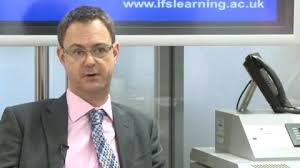 The Financial Times ran an article on US climate change shareholder resolutions on 31 March.
It noted that a record 94 proposals relating to climate change have been filed with US companies this year before observing that the SEC had become increasingly unwilling to allow companies to exclude climate-related proposals from the ballot.
But this was where the happy reading for a responsible investment professional stopped. The resolutions, stated the FT bluntly, “often win very little support”.
The investment industry has a responsibility this voting season to ensure that the readers of the FT never read such an observation again.
Since last year’s proxy season, governments have committed to limiting warming to well below two degrees.
The Governor of the Bank of England has sounded the alarm about the systemic risk posed by climate change and the need for improved corporate climate risk disclosure.
The world’s largest asset manager, BlackRock, has put out a white paper stating that climate change risk has arrived as an investment issue and that it backs better corporate disclosure.
Before writing this piece, I was reading about the 59% vote against BP’s remuneration report this year. It is heartening that proxy advisers are prepared to give bold recommendations, and investors have the mettle to reject, outsized remuneration packages when shareholder returns have been poor.
We need to see signalling that is just as powerful on climate change – signalling that investors want companies in high carbon sectors to step up their reporting on their management of climate change risk and opportunity. This proxy season, following the Paris Agreement, must go down as the one in which shareholders said, loud and clear, that the time for climate risk disclosure has arrived.
Out of those 94 US shareholder proposals on climate change this year, there are many that merit support and that we at the Church Commissioners will be supporting. The resolutions that CalPERS has identified as of institutional quality and deserving of proxy solicitation must surely be worthy of the deepest consideration by all institutional investors.
I have a special interest in one shareholder proposal: Item No 12, ‘Stockholder Proposal Regarding Report on Climate Change Impact Assessment’, on the ballot for ExxonMobil’s AGM on 25 May.
This is the first resolution that the Church Commissioners have ever co-filed in the US. We have done so in a transatlantic partnership with New York State Common Retirement Fund, the lead filers.
The resolution asks Exxon to improve its annual reporting on climate risk and to disclose to investors how resilient the company’s portfolio would be were efforts to restrict warming to two degrees to be successful.It does not ask Exxon to change its house view that global demand for energy and the inadequacy of the nationally determined contributions pledged by governments will mean that the two degrees target will be overshot. Just to report to investors on how the business in which they are invested would fare were the Paris Agreement to be implemented.
This is essential information for Exxon’s shareholders. It is the same request for reporting on portfolio resilience that the Aiming for A shareholder resolutions made of BP and Shell last year. These resolutions had other asks too, as do this year’s Aiming for A resolutions at Anglo American, Glencore and Rio Tinto.

There are more constraints around US shareholder resolutions, including a strict word limit and extensive rights for companies to omit proposals from the ballot, for example if a proposal duplicates another. We could not file a full Aiming for A resolution, so we concentrated on the Aiming for A ask that we regard as most important in the extractives sector: reporting on portfolio resilience to a low carbon transition consistent with limiting warming to two degrees.
At BP and Shell last year, our ask was supported by the companies’ boards and approved by 98% of shareholders recording a vote – including almost every institution for which readers of this article work if they are employed by an asset manager or asset owner. For whatever reason, and to our regret, ExxonMobil have chosen to resist the Aiming for A request for enhanced climate risk reporting. Our industry must not fail this challenge. It’s the same shareholder ask made of BP and Shell, the ask that we all supported in 2015, before Paris. How could any of us in ESG or corporate governance look ourselves in the mirror if this resolution fails, after Paris, and fails because our institution has failed to back it? What a perverse message that would be to other companies, to governments, to our beneficiaries and clients, and to the media! Investors would be seen very publicly to have backed Exxon rather than the global effort to mitigate climate change and manage the risks it poses. Let’s put our money where Mark Carney’s mouth is and where BlackRock’s mouth is.
Let’s not have the FT write ever again that even the best climate resolutions, faced with recalcitrant management, “often win very little support”.
Let’s pass Item No 12 on Exxon’s ballot every bit as decisively as we opposed BP’s remuneration report. We already have pre-declarations of support from investors with over $6trn of assets, which can be viewed here. Please see if your institution can, and is comfortable to, pre-declare.
If it can’t, or isn’t, don’t worry.
Just be reassured that the names of some of the world’s largest asset managers and asset owners are on the list. You will be in good company when you vote for Item No 12.

Edward Mason is Head of Responsible Investment at the Church Commissioners.